How To Manipulate and Convert Device Data Using a Workflow

Once you have device state reporting to Losant, the next step for any IoT application is to do something with that data—visualize, process, analyze, convert, or manipulate it. Losant Dashboards have the ability to display raw device data in a variety of ways, but with Losant Workflows you can also process the data to garner deeper insights.

This guide will walk through an example of how you can manipulate data using the Losant Visual Workflow Engine and report state for further use throughout the Losant platform.

The following steps explain how to build a workflow to convert a temperature reading from degrees Fahrenheit to degrees Celsius.

In this example, we have a device that has been configured with two number type attributes: 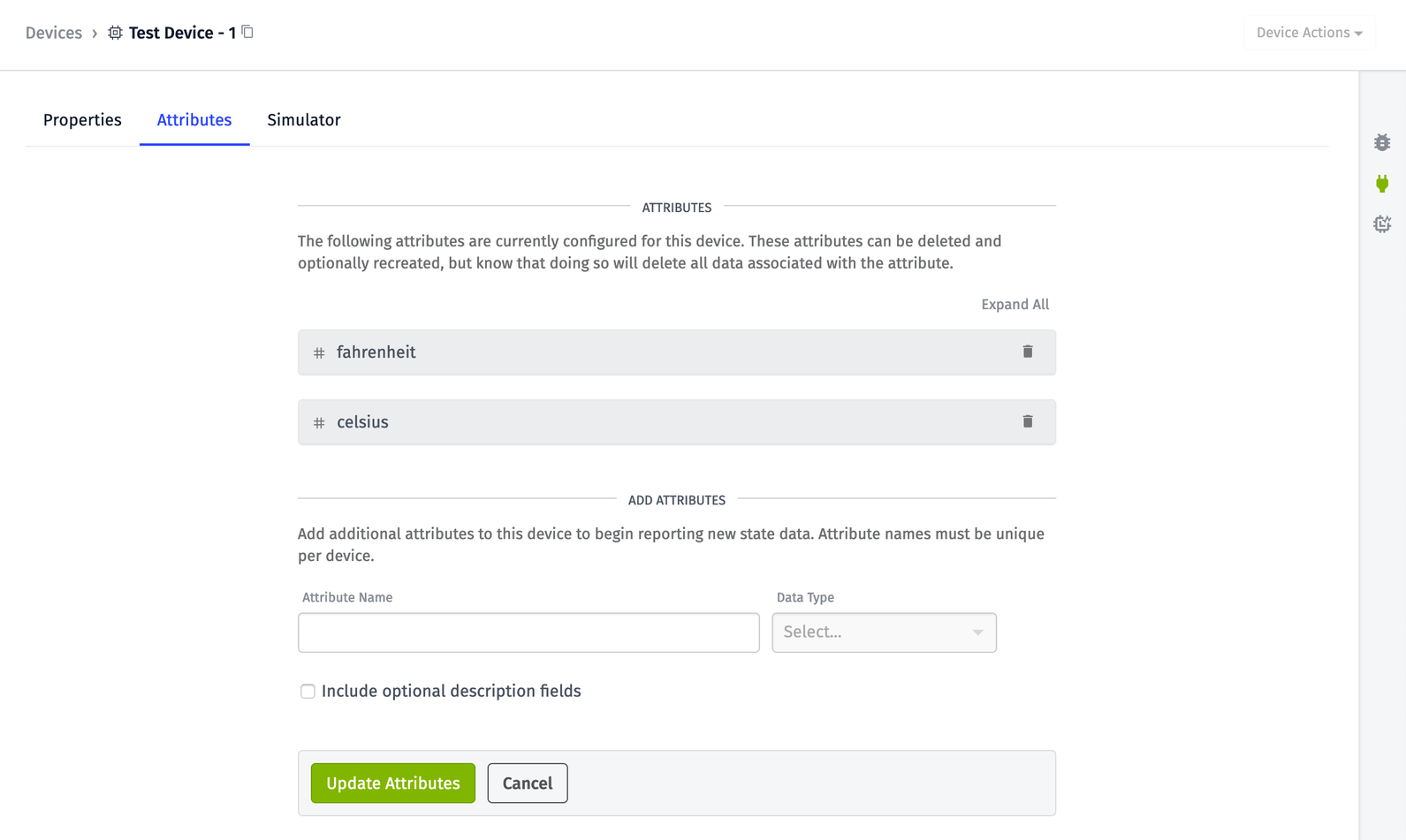 In this example, you have a device reporting fahrenheit. Using a workflow, you can convert the data and report the corresponding celsius value. 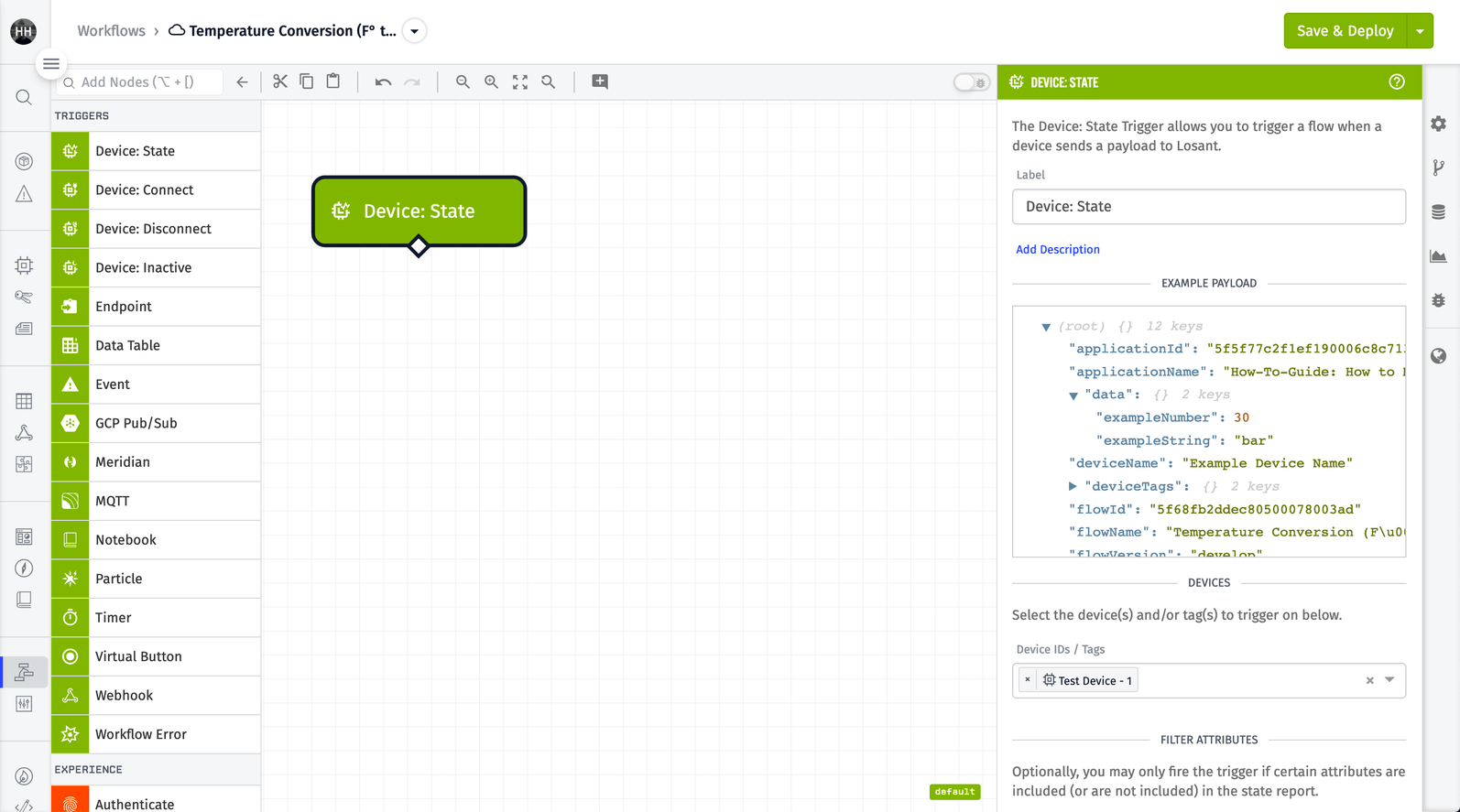 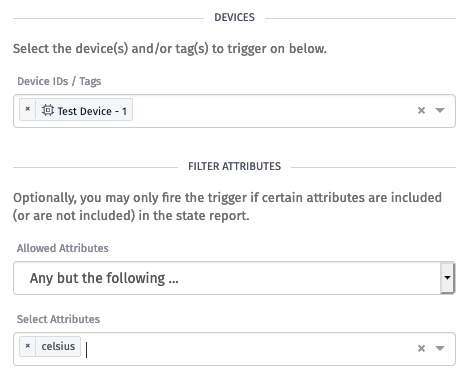 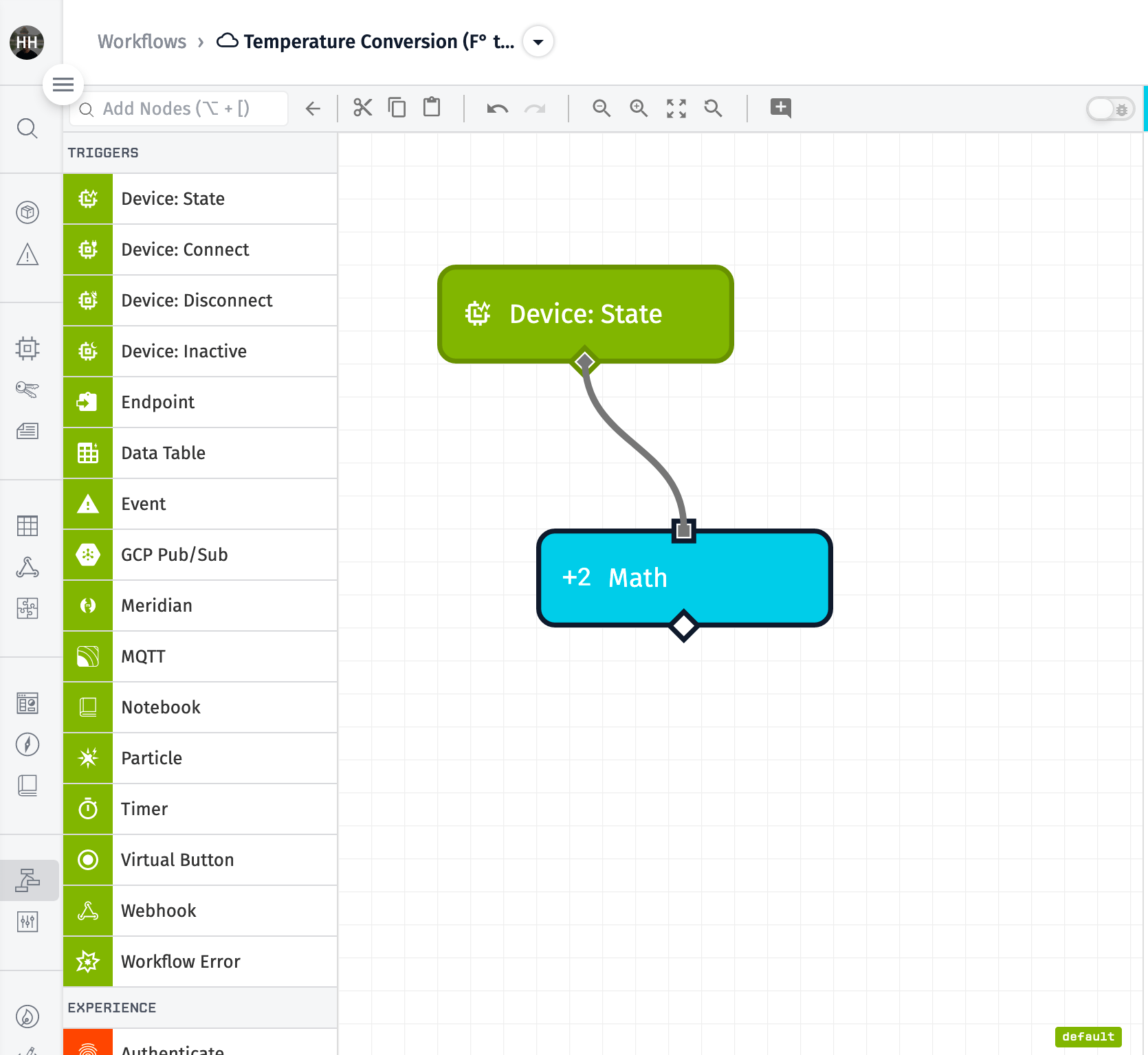 When you report state, the Device State Node will be triggered and will place the data on the payload at data.fahrenheit. Now that it’s within the workflow engines payload: 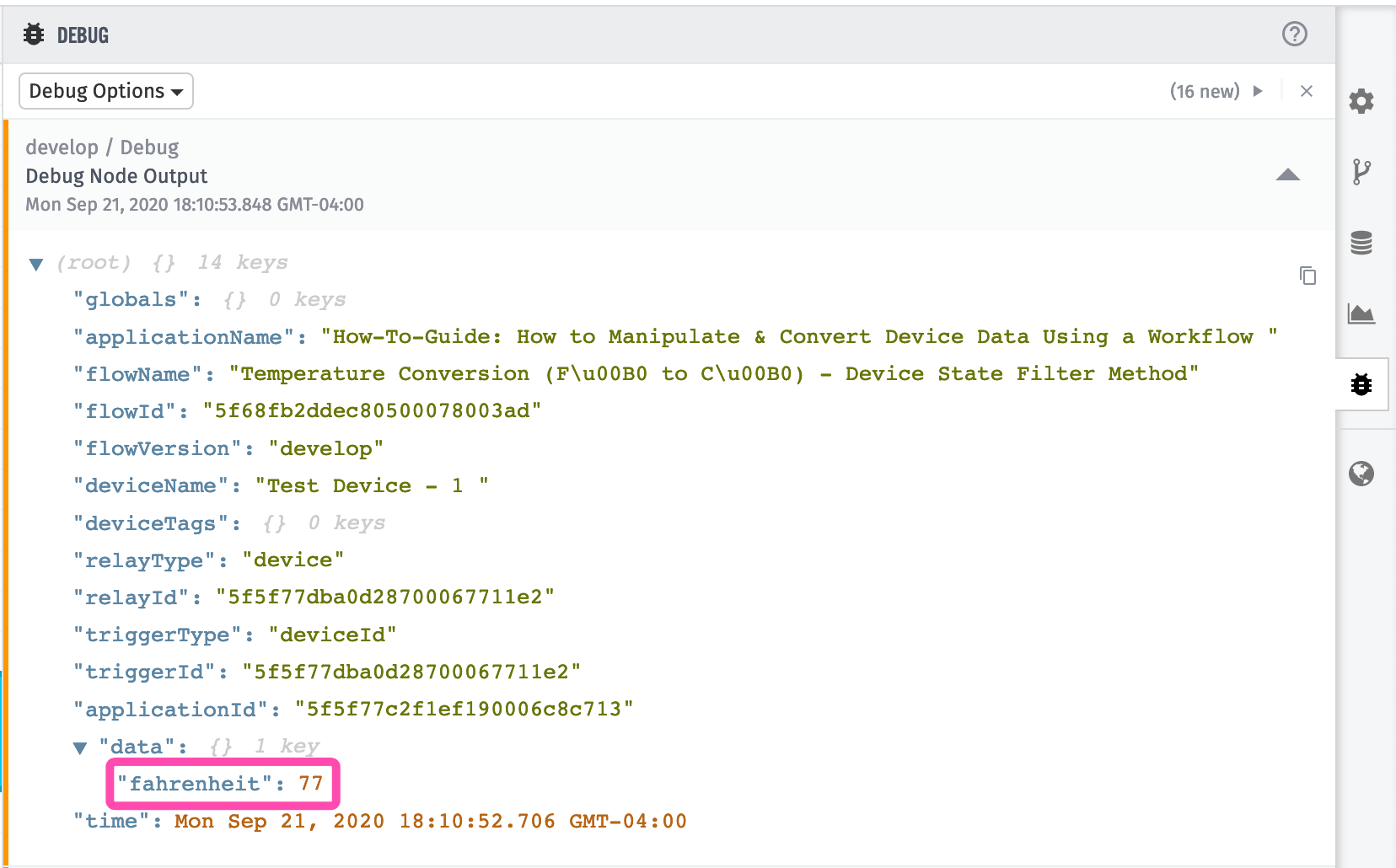 Accessing values on the payload is done through the use of Handlebars templates. The value for the temperature in Fahrenheit in this example is found on the payload at the path data.fahrenheit, and thus the conversion formula to place into the expression area of the Math Node configuration is:

More information on accessing payload data and available expression support can be found in the Accessing Payload Data Documentation. 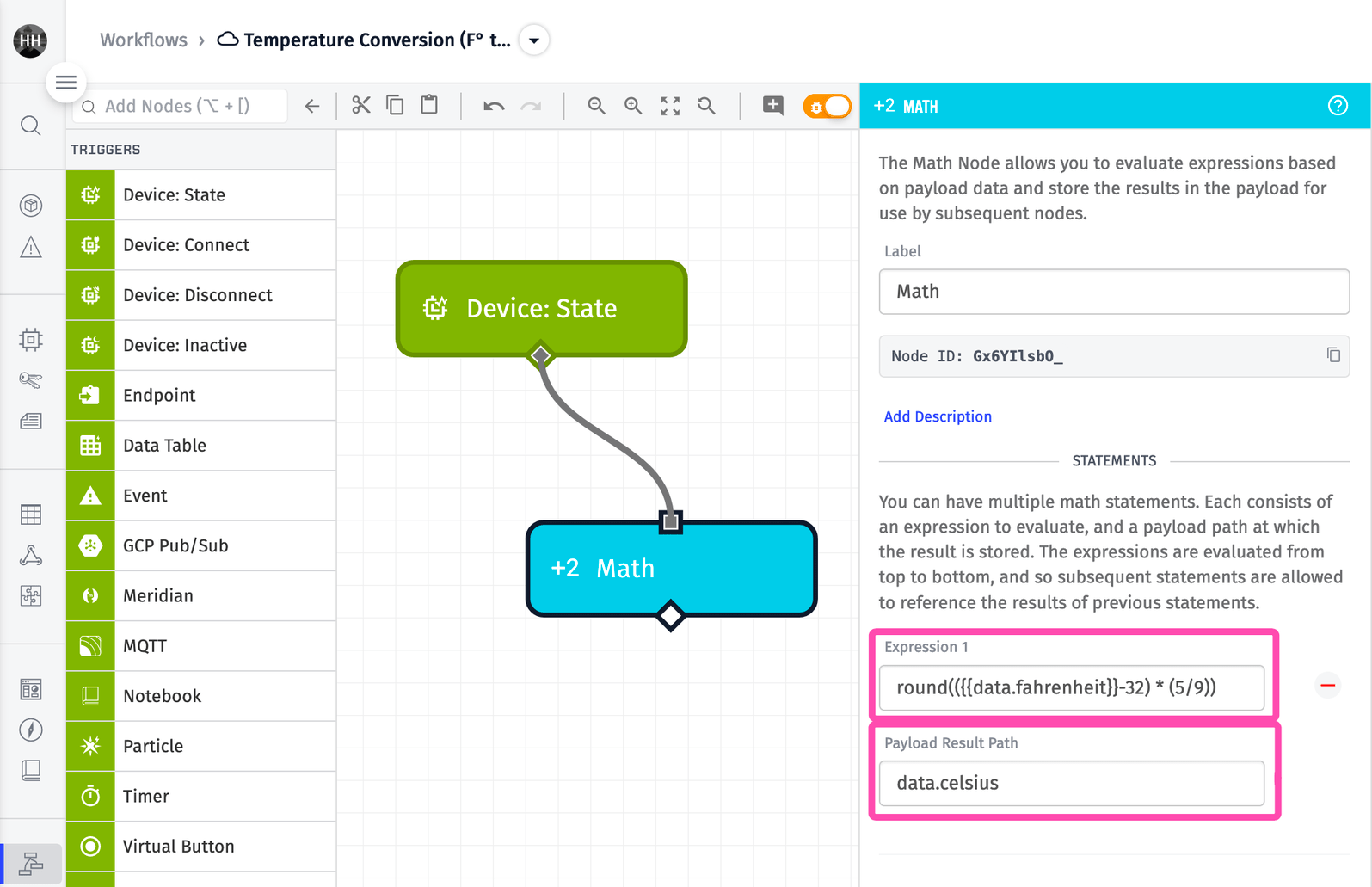 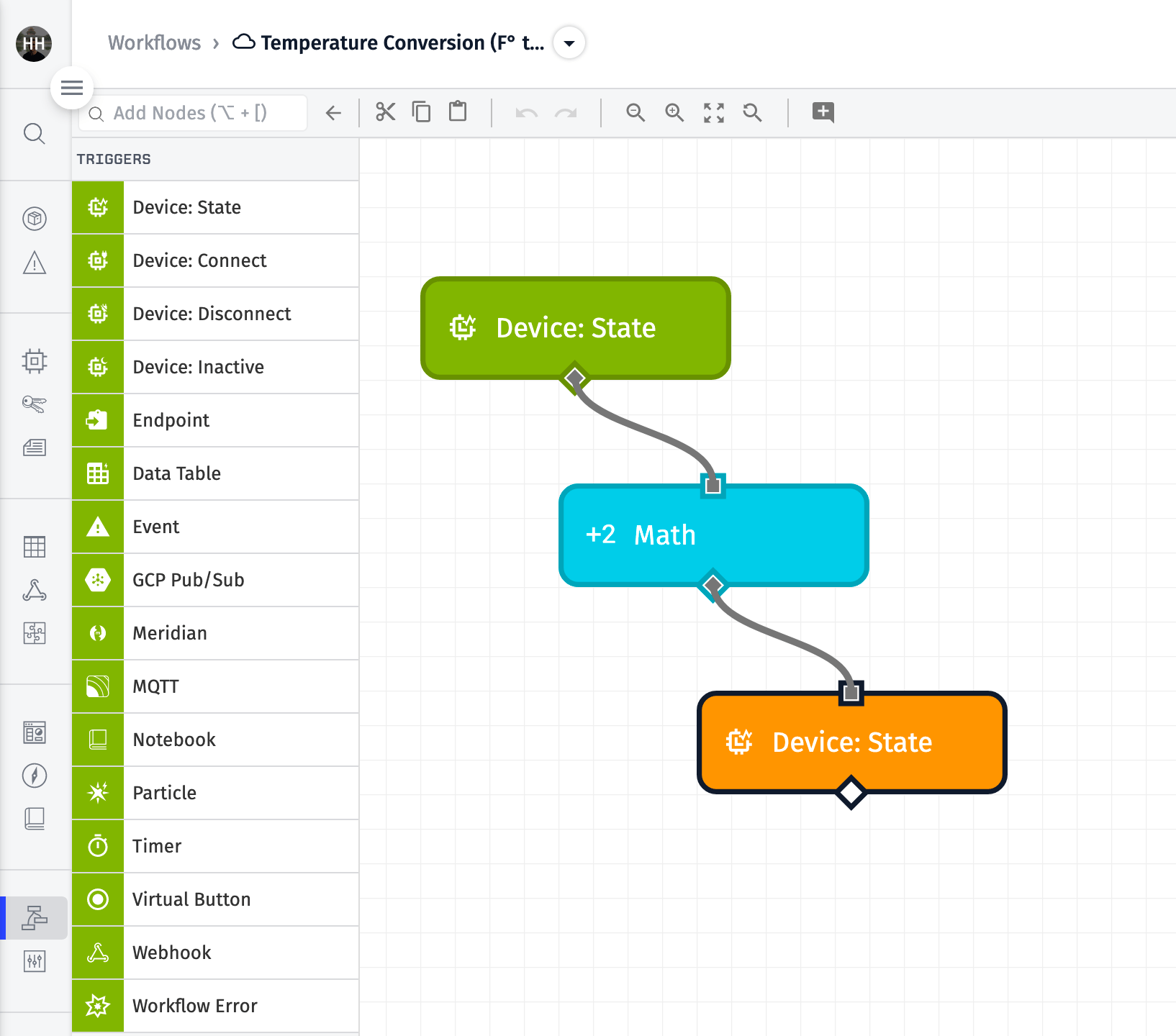 Now, your workflow is complete!

There is a common pitfall to be aware of while building workflows. This workflow is triggered each time the device reports state. When the calculation is completed to convert Fahrenheit to Celsius, the workflow places the calculated value on the payload by using the Math Node and reports state using the Device State Output Node.

The use of the Device State is the same as the device again reporting state, which would trigger the workflow to run again, and for the conversion calculation to reoccur, resulting in an infinite loop error.

Upon completion of this workflow, the device within this application now has two temperature values stored within Losant’s time series database. Because these values exist on the payload and stored as state, both the Celsius and Fahrenheit temperature values can now be used throughout the Losant platform. 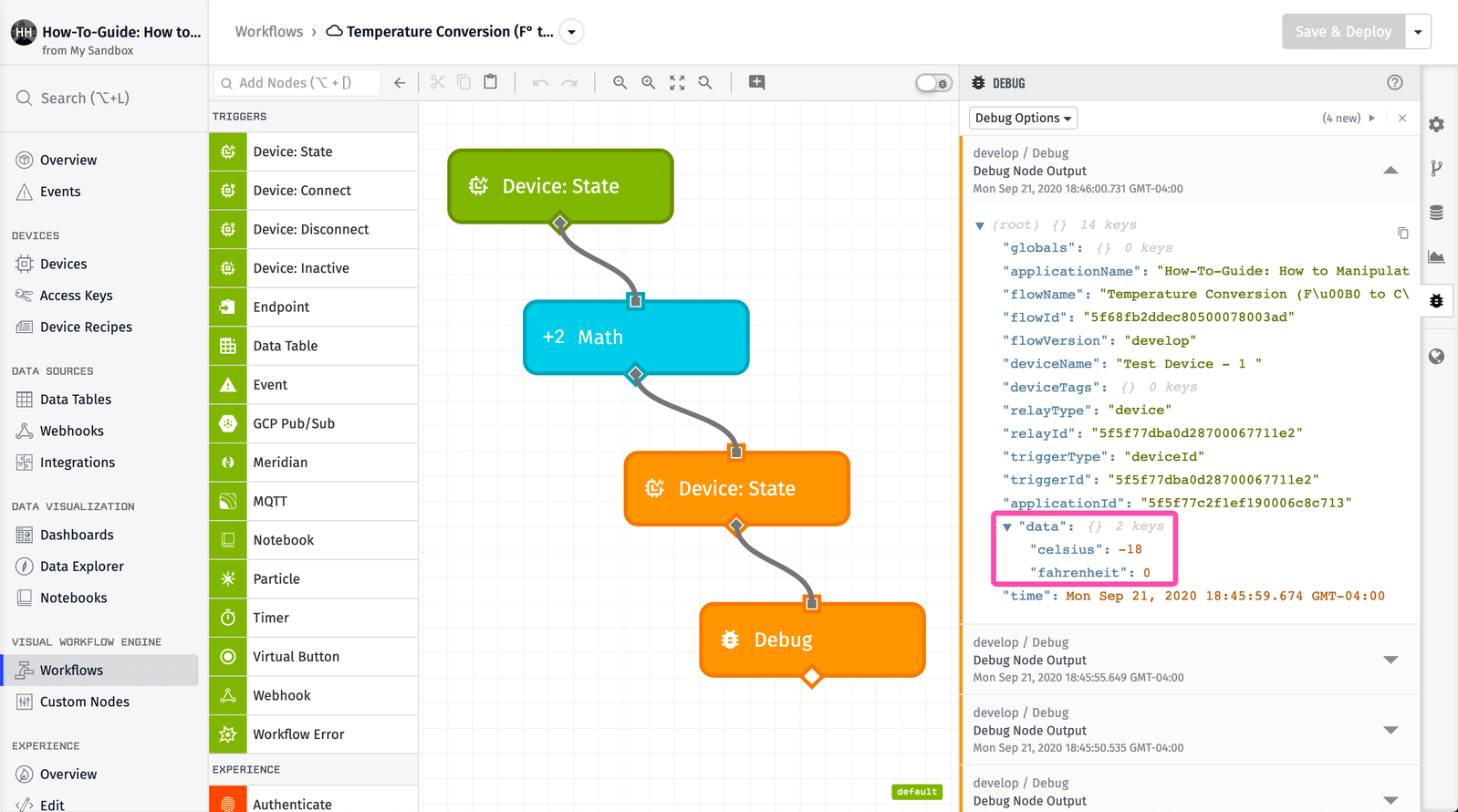 This attribute data can now be utilized throughout the Losant platform, including use in: