The Math Node allows a workflow to perform an arbitrary number of calculations and store their results in the payload. 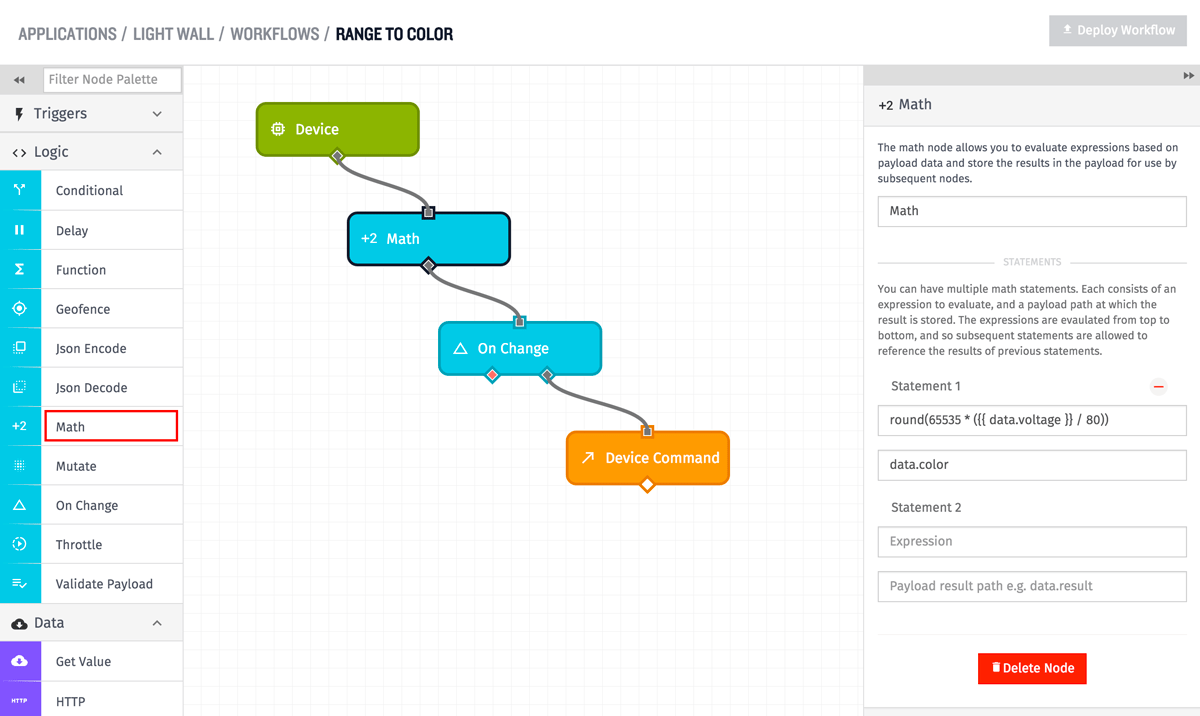 Math Nodes are configured by creating “statements”, and each statement has two values to configure. First is the expression, which is what is actually evaluated. Second is the result path, which is a payload path describing where on the payload the result from evaluating the expression should be stored. A Math Node can have an arbitrary number of these “statements”, and they are executed in order from first to last - which means that subsequent statements can use the results of previous statements if desired. 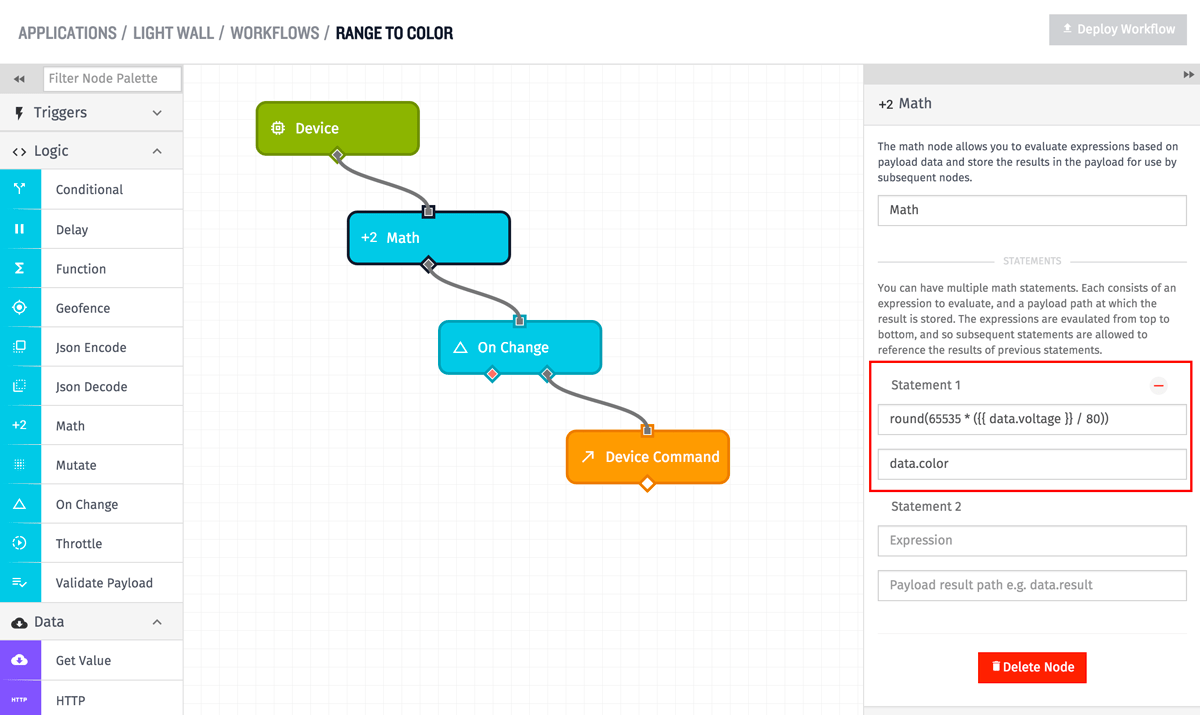 The payload after execution of the Math Node would look like:

Unlike most other places where expressions appear in the platform, where (for example) the result is evaluated as truthy or falsy to decide a workflow path, the value returned from the Math Node is stored on the payload. Refer to the supported operators for more details.