The Validate Payload Node allows a workflow to check part or all of the current payload against a JSON schema and branch depending on whether the payload passes validation.

For Edge < 1.1.0 workflows, the schema must be defined as a static object; for all other workflow types, the schema can be defined using either a payload path or a JSON template. 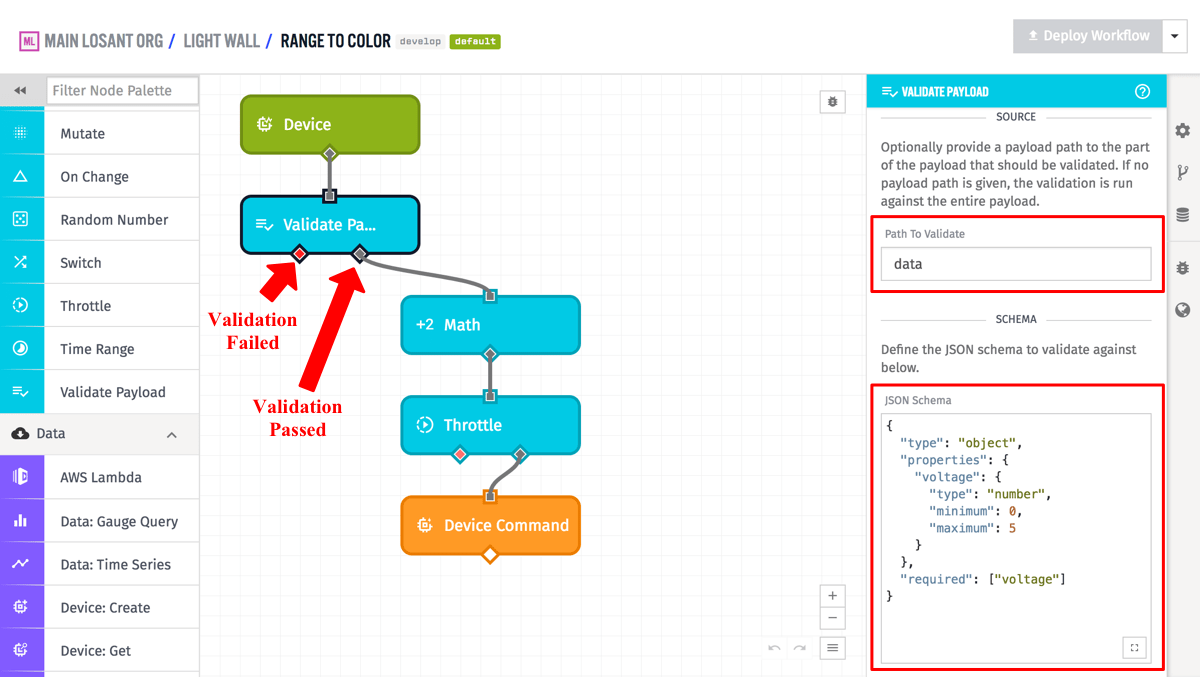 In the above example, the node is validating the data property of the payload against a scheme. Here is the full schema from the above screenshot in an easier to read form:

The workflow will follow the route on the right out of the Validate Payload Node and proceed to the Math Node only if the payload has a data.voltage field whose value is a number between 0 and 5.

So the following payload would pass validation, and the workflow would take the route on the right and move on to the Math Node: 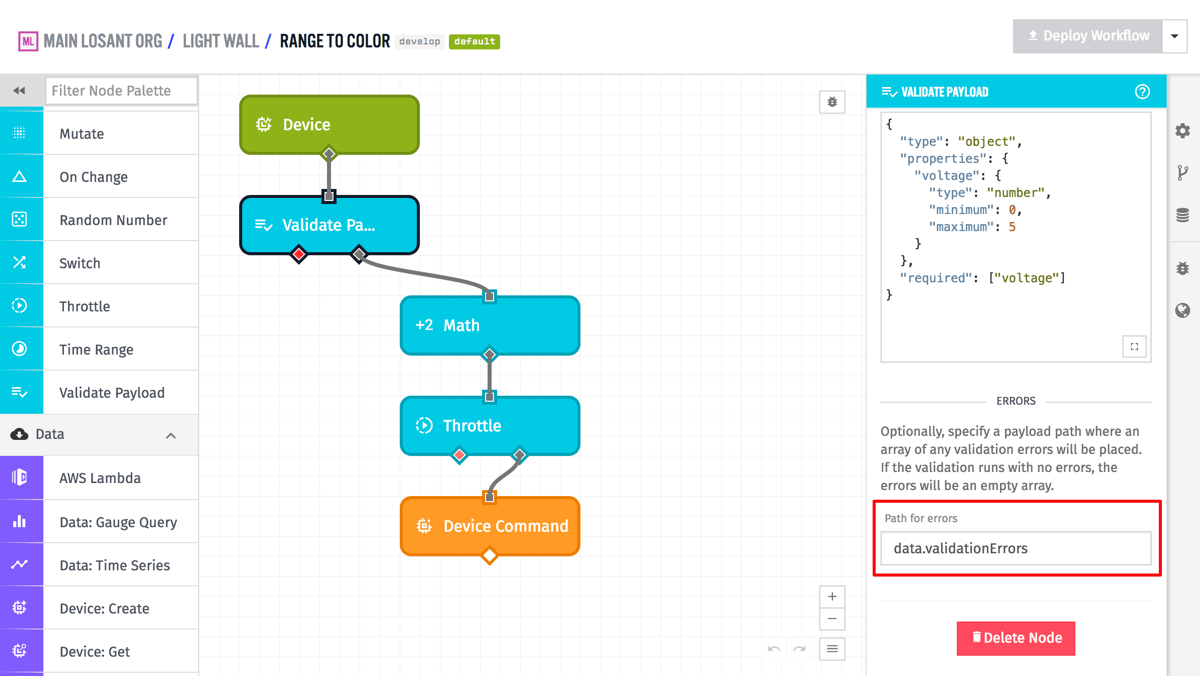 Optionally, any errors from validating the payload can be placed on the payload at a payload path. If this path is provided and there are no errors, the value at the path will be set as an empty array. If there are in fact errors, it will be an array of error objects. For example, in the “not a number” payload case above, if the error path was set to data.validationErrors, the payload after the Validate Payload Node would look like the following: