The Serial Write allows you to write to a specified serial port. 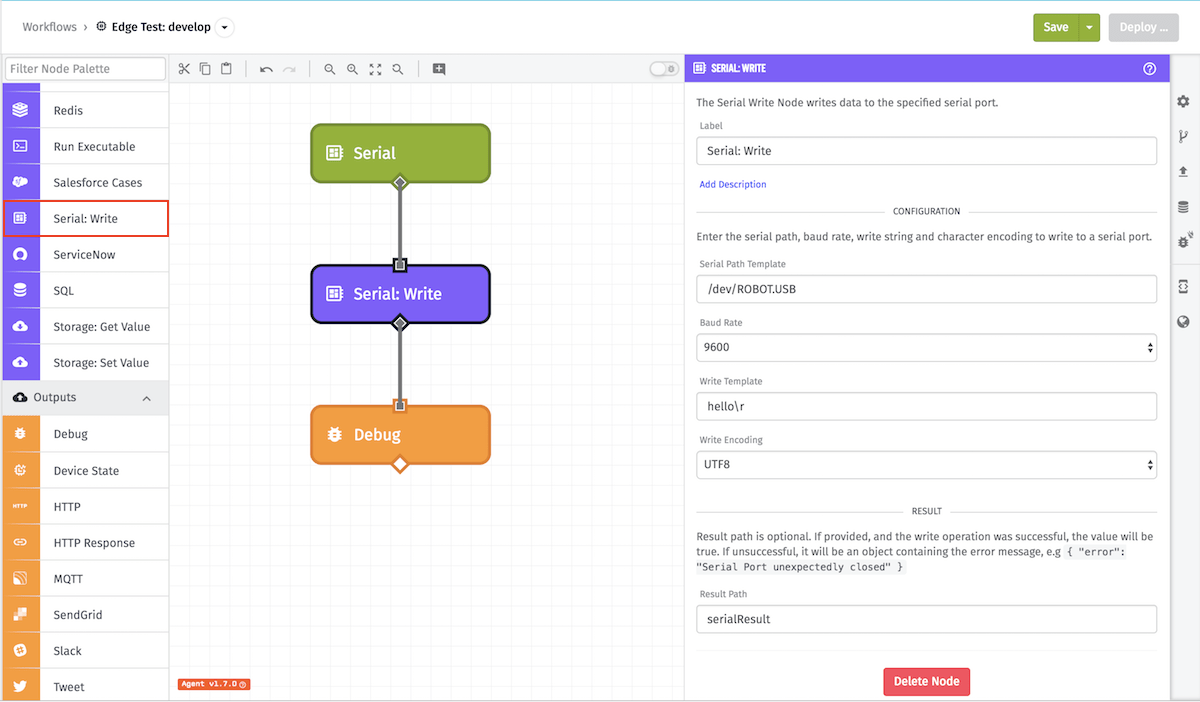 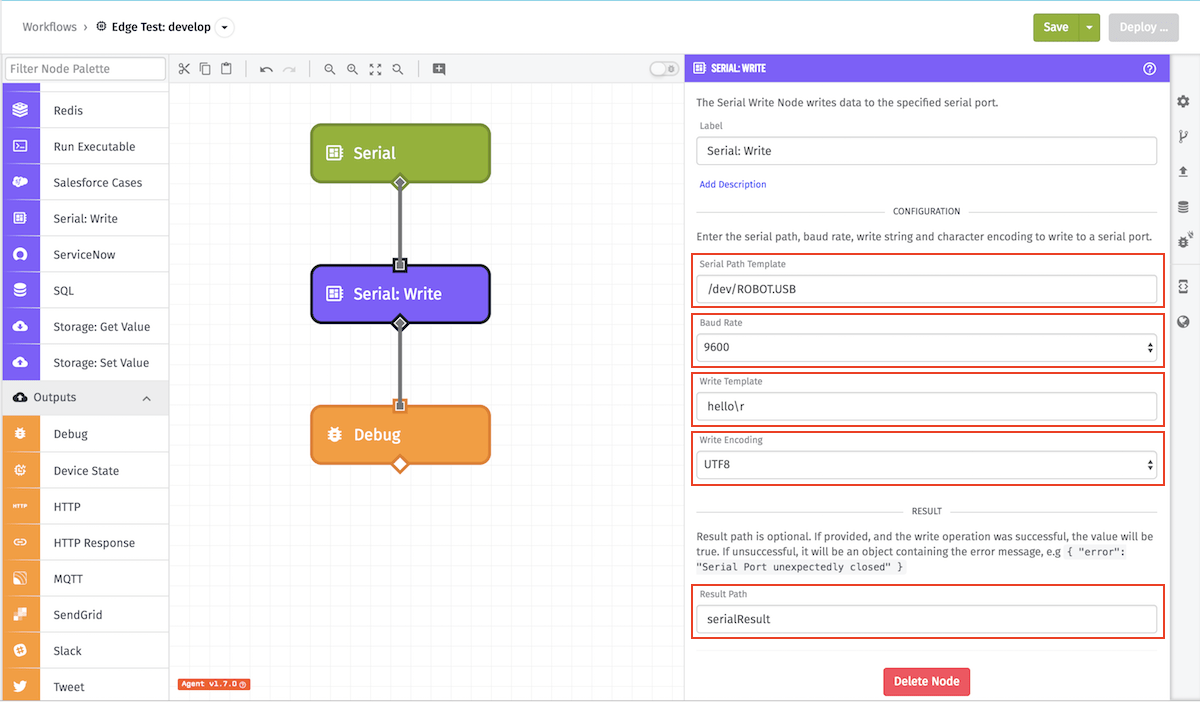 The Result Path is defining where on the payload to store the result of the serial write. The result will either be true when successfully. Otherwise, if unsuccessful, an object will be placed at the result path with the key “error” such that the value is the error message.

The following is an example of a successful write if you set your result path to serialResult:

The following is an example of a failure to write if you set your result path to serialResult:

Here are some related nodes: