The Timer Trigger will fire a workflow on a scheduled interval. 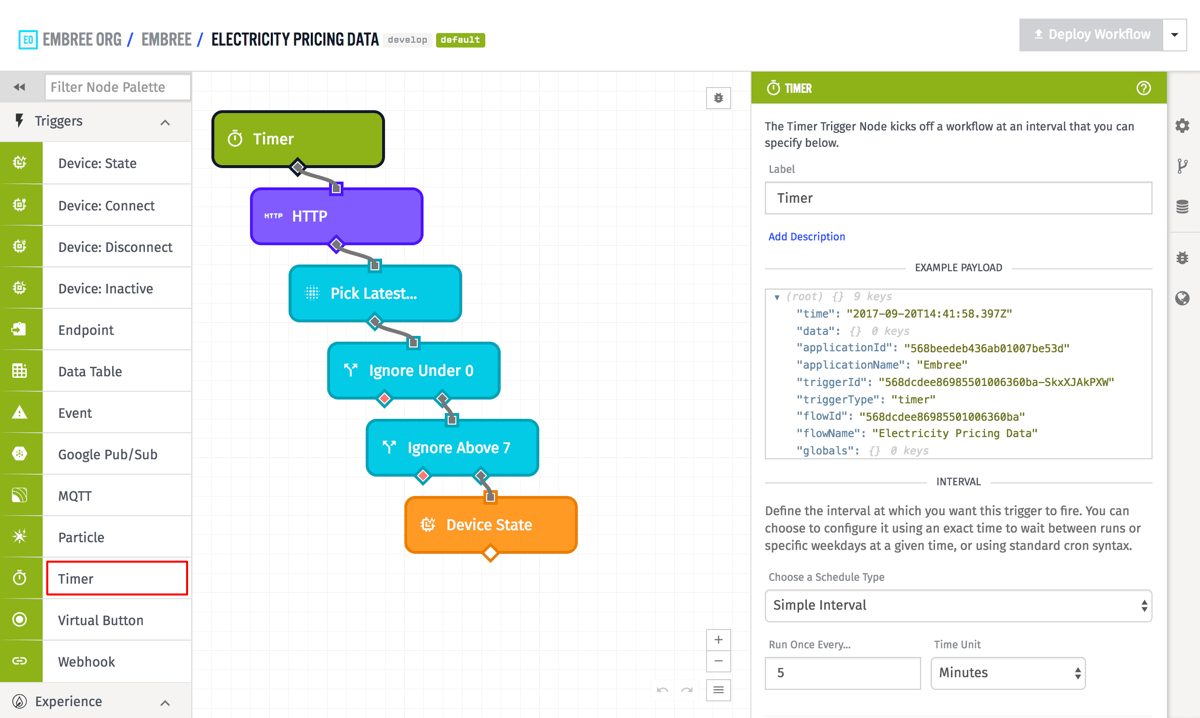 The Timer Trigger can be configured in three different ways:

Configure the timer to fire after a repeating period of time. Choose an amount (a positive number) and a unit.

Application Workflows: The unit can be “Seconds”, “Minutes”, “Hours”, or “Days”. The interval can be any positive number that evaluates to at least 1 second and less than 1 year (fractional intervals are allowed).

Edge Workflows: The unit can be “Milliseconds”, “Seconds”, “Minutes”, “Hours”, or “Days”. The interval can be any positive number that evaluates to at least 100 milliseconds and less than 1 year (fractional intervals are allowed).

For Edge Agent Version 1.12.0 and below, the interval can be any positive number that evaluates to at least 1 second and less than 1 year.

Configure the timer to fire based on a simple daily schedule. Select the days of the week, the time of day that the timer should fire, and the time zone of the given time of day. 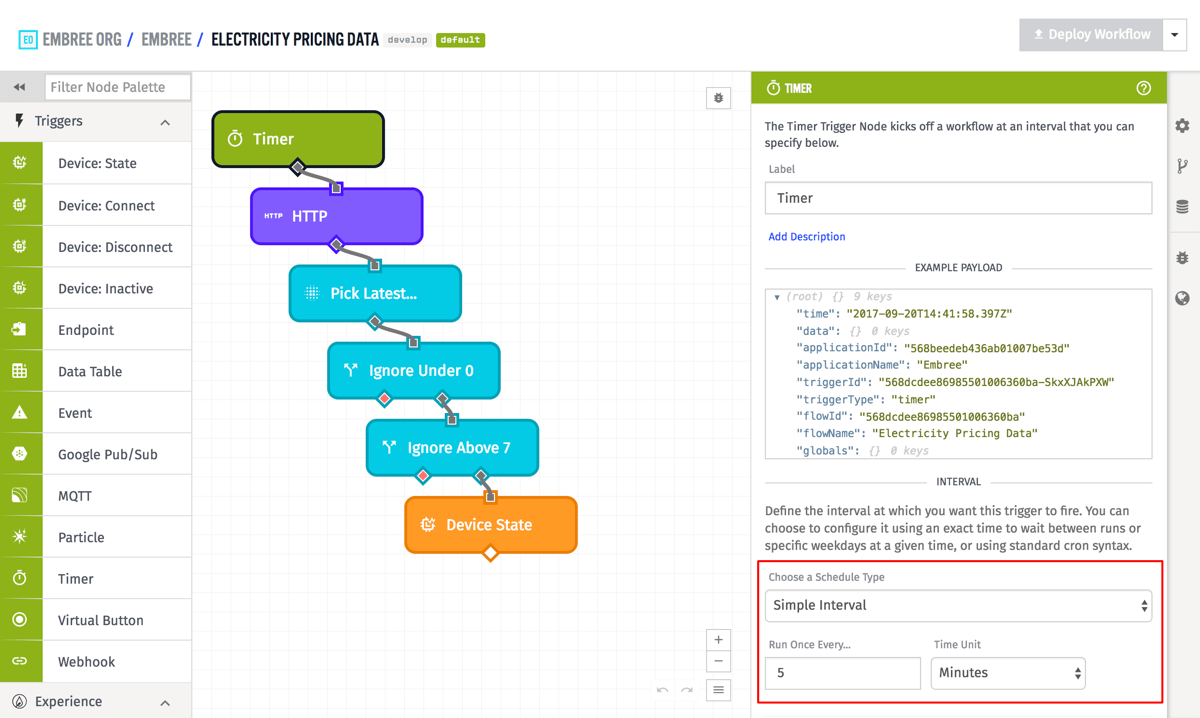 In the above example, the timer is configured using Simple Interval, and is set so that the timer will fire every 5 minutes.

Unlike most other triggers, there is no special data included in the payload for a Timer Trigger, so the data field is set to an empty object. The only data relevant to a Timer Trigger is the time at which the trigger fired, and that is just in the standard time field that every trigger payload has. In the general case, a timer workflow payload will look like the following: