The Serial Trigger will trigger a workflow whenever the Edge Compute device receives enough data via Serial to satisfy the configured trigger. 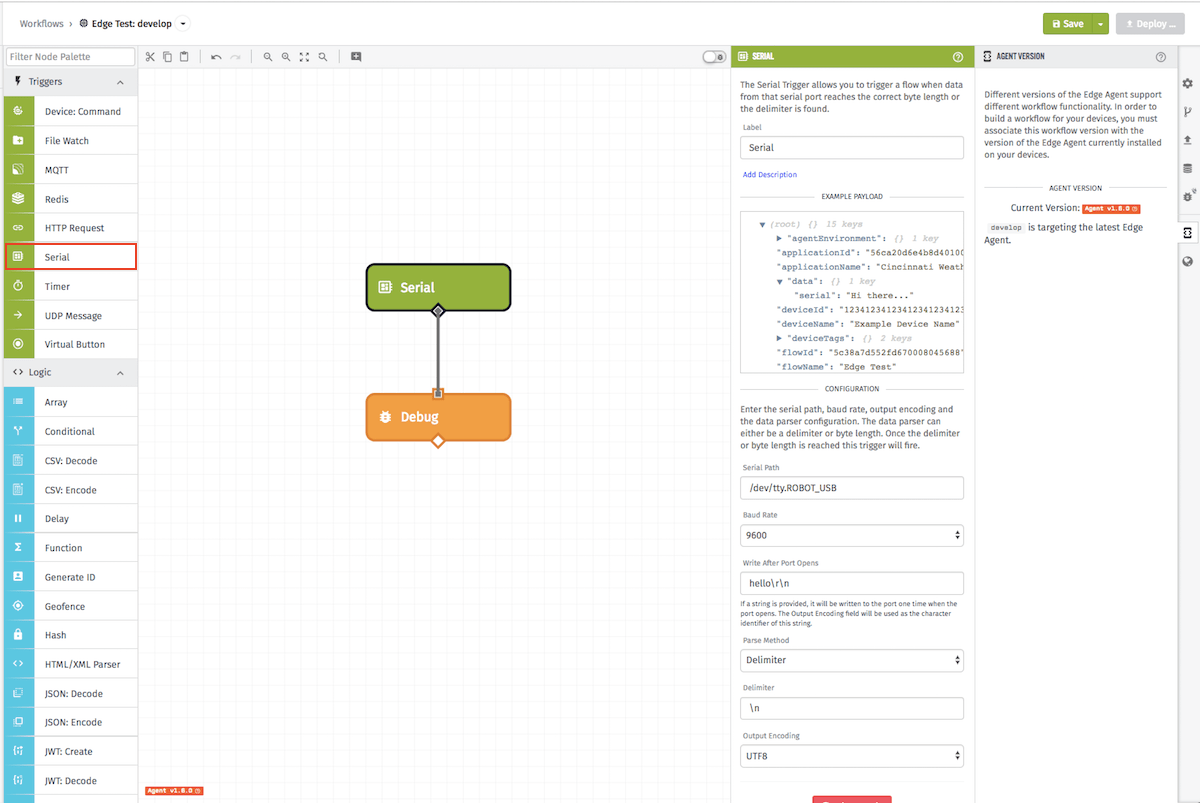 The Serial Trigger has several pieces of configuration in order to successfully listen for data.

In the Gateway Edge Agent versions prior to 1.19.0, the following options are defaulted:

However, in versions 1.19.0 and higher you may specify these options. 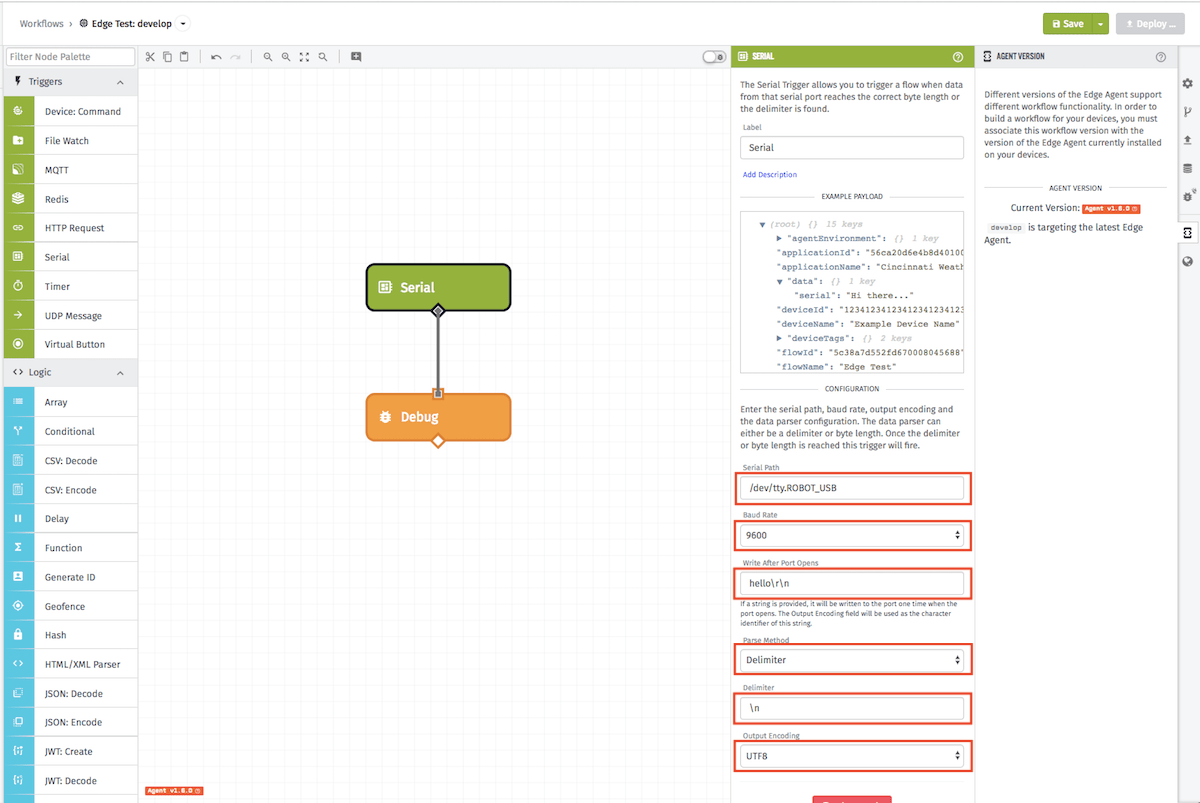 The payload will include a serial field under the data field which contains the data that was received from the serial port. In the general case, a Serial workflow payload will look like the following: