The Agent Config: Set Node allows you to change the configuration settings for an Edge Compute device. This node is only available in edge workflows. 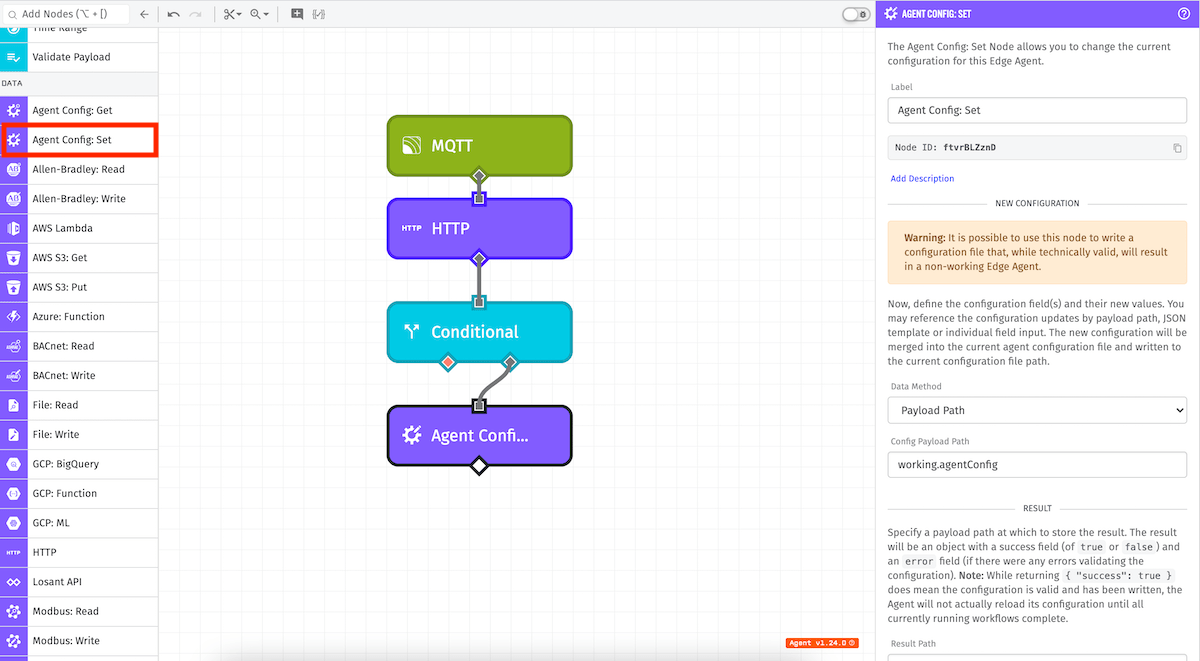 There is one main configuration section for this node:

Providing a null or undefined configuration value will remove that option and reset it to its default value if it has one.

JSON Template and Payload Path objects can be passed in two different forms:

Note: It is possible to use this node to write a configuration file that, while technically valid, will result in a non-working Edge Agent—such as by configuring gateway.id to a device ID that does not exist, or by setting webserver.enabled to false.

Optionally, you may specify a payload path for where the result of the write operation should be stored. 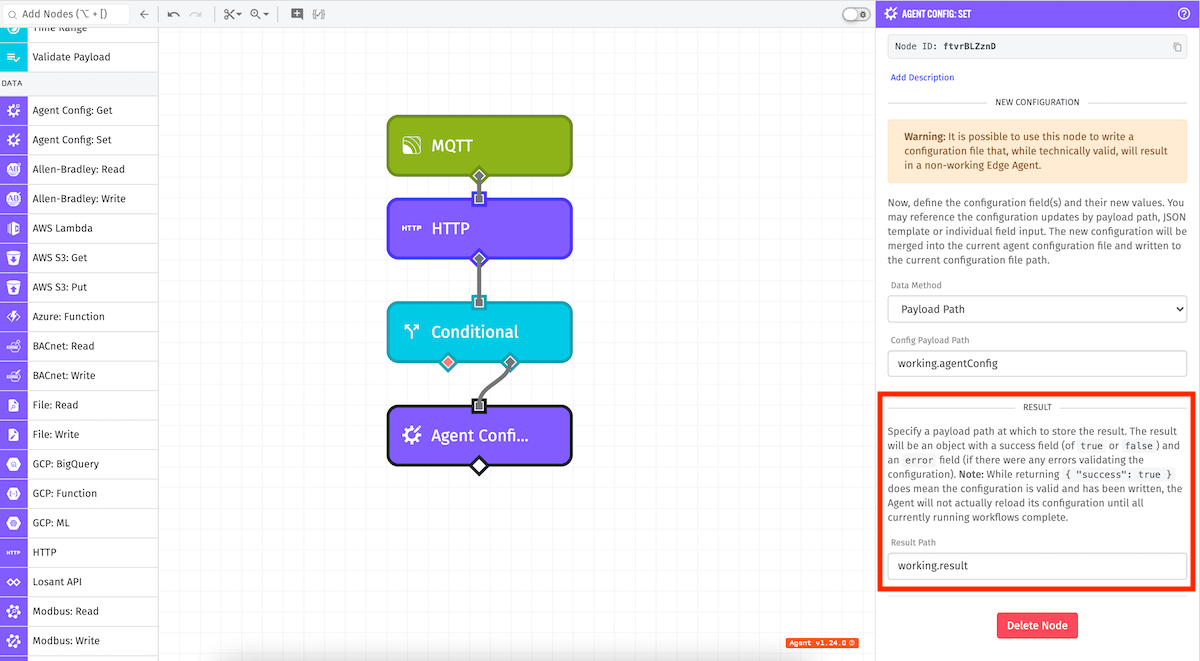 In the example above, the workflow will set your config options based on the object at working.edgeConfig on the payload.

If the write operation was successful, your output would look like the following:

If you provide invalid configurations, the result will also contain an error field: