The Data: Gauge Query Node allows a workflow to retrieve and aggregate recent state data for a specific attribute across devices. 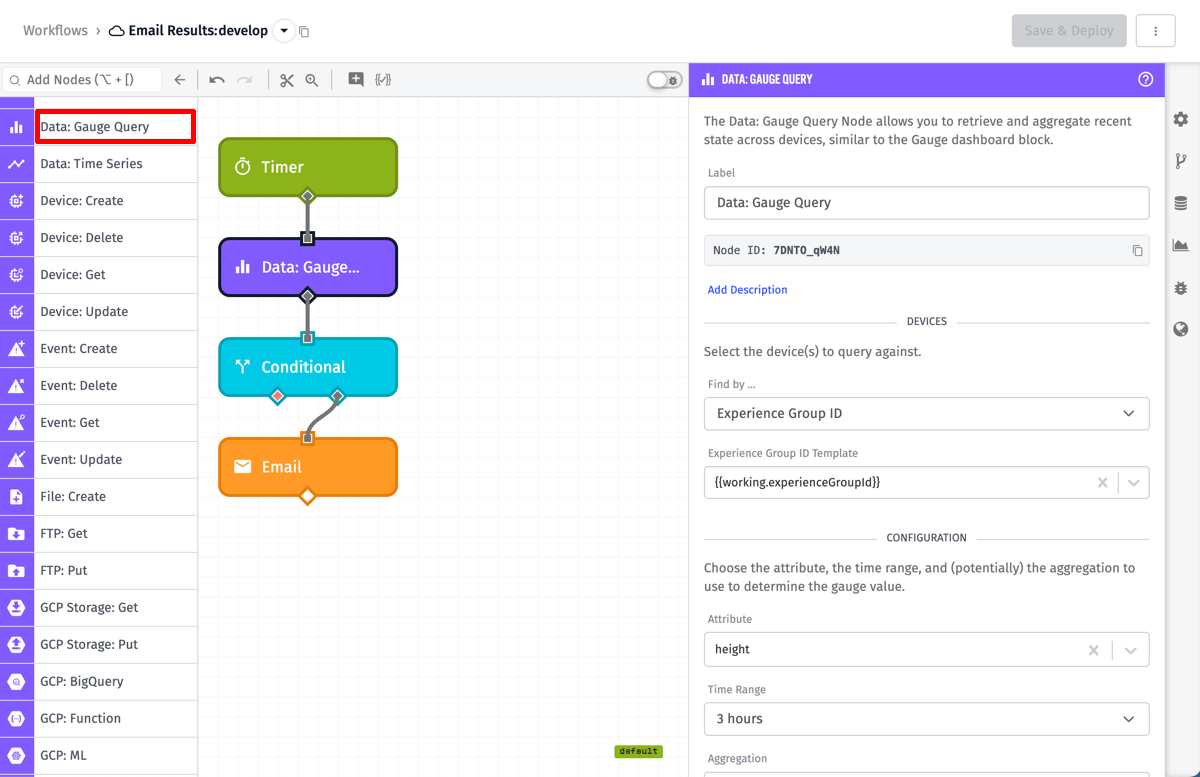 The configuration for the Data: Gauge Query Node is extremely similar to the Gauge Dashboard Block. 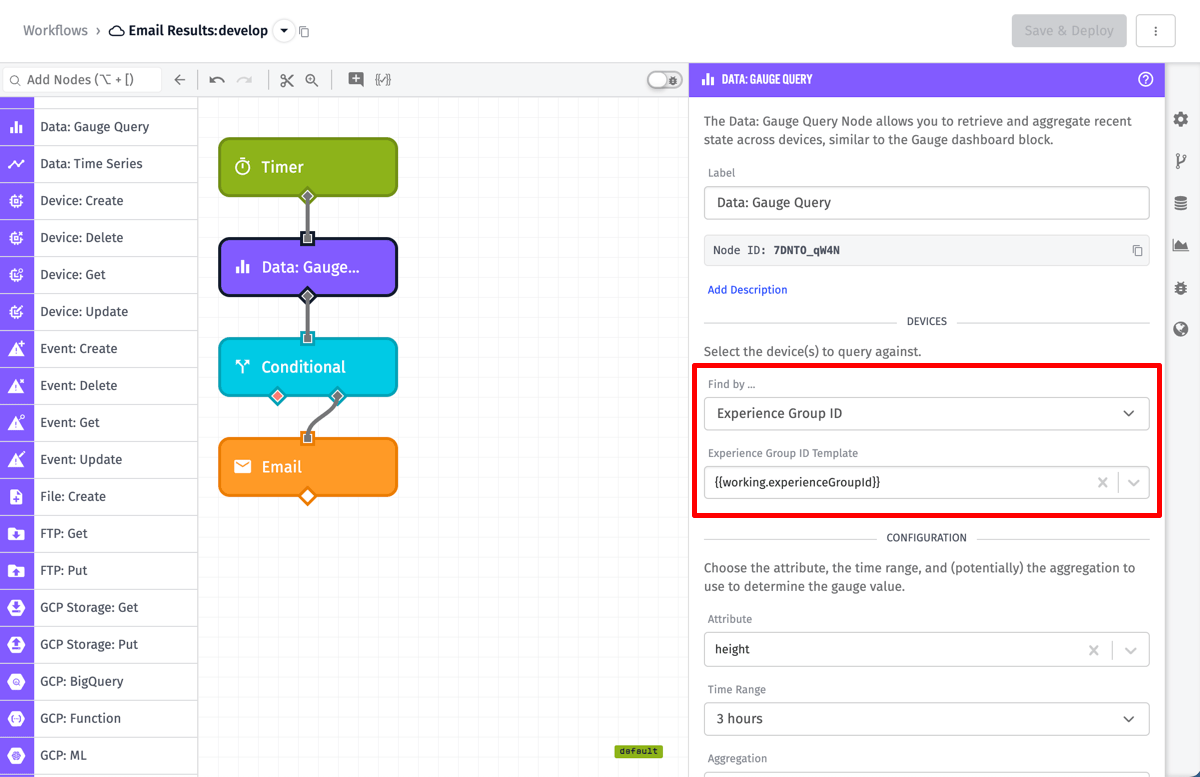 The first step is selecting the devices to query. The Data: Gauge Query Node has two options for selecting devices:

In the example above, the first option is being used, and the node will query all devices whose tag floor is equal to 2.

The second option allows a workflow to dynamically change what specific devices are being queried depending on the payload currently being processed. 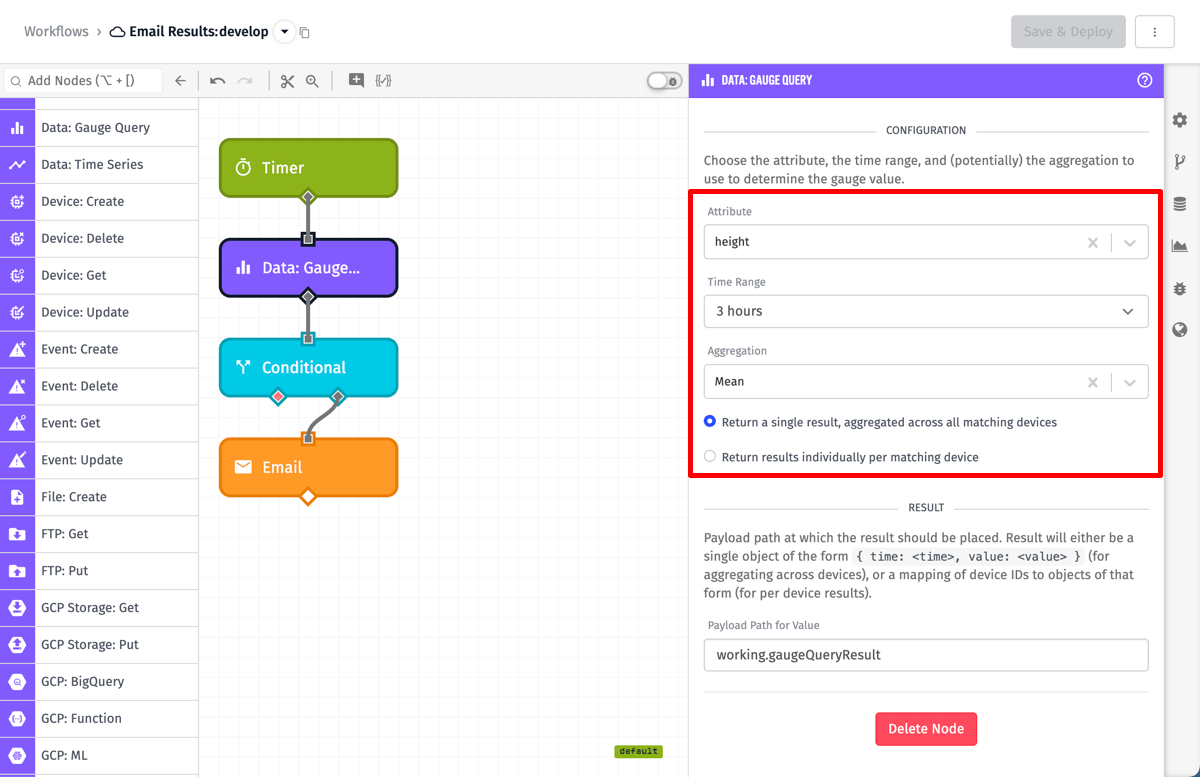 The Data: Gauge Query Node also needs to know the time range, the attribute, and what aggregation to use for the query. When querying a single device and requesting only the last data point, no aggregation is needed (since there is only a single value). In the above example, the attribute current will be averaged over the last 24 hours for the selected devices. 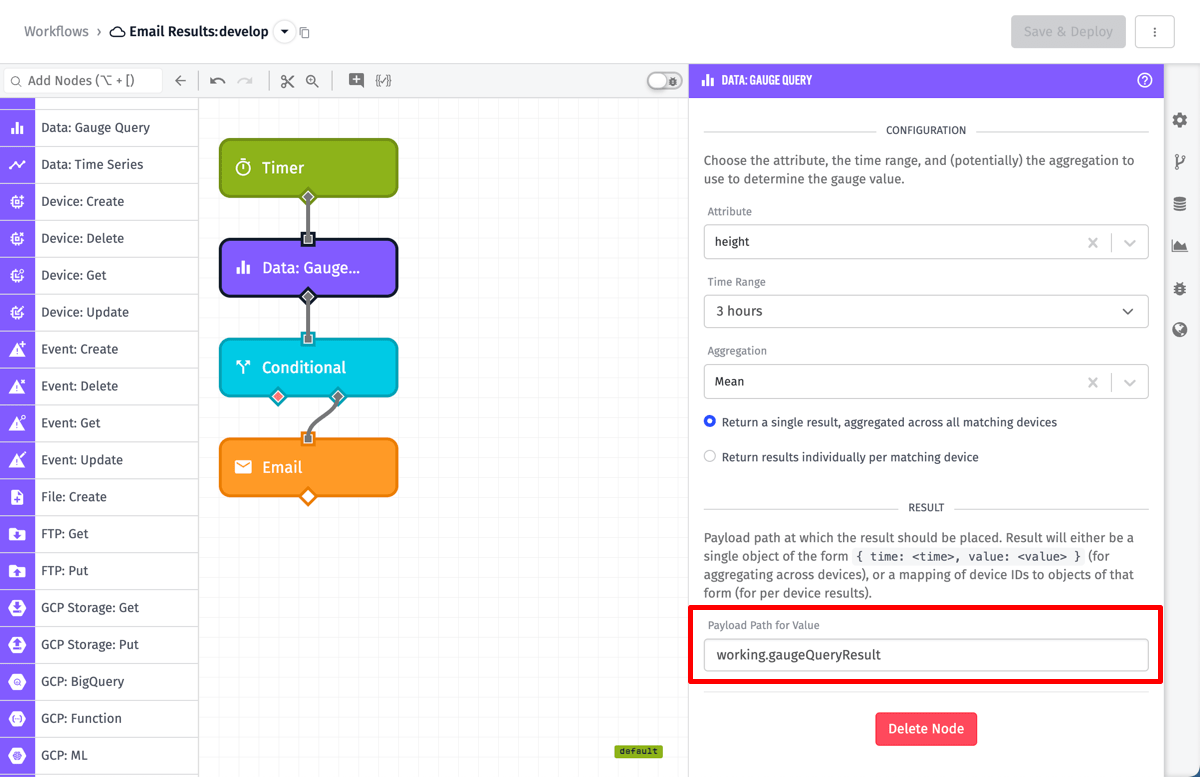 Once the query is configured, the node needs a payload path to know where to store the result on the current workflow payload. The value placed at that path is an object with two properties:

The time field is most useful when using the node to query the “Last received data point” for an attribute, as the time value will be the time of that data point.

In the above example, the result will be stored at data.currentAvg. The payload after the execution of the example Data: Gauge Query Node above would look like: