The Device: Command Node allows a workflow to send a command to one or more devices. 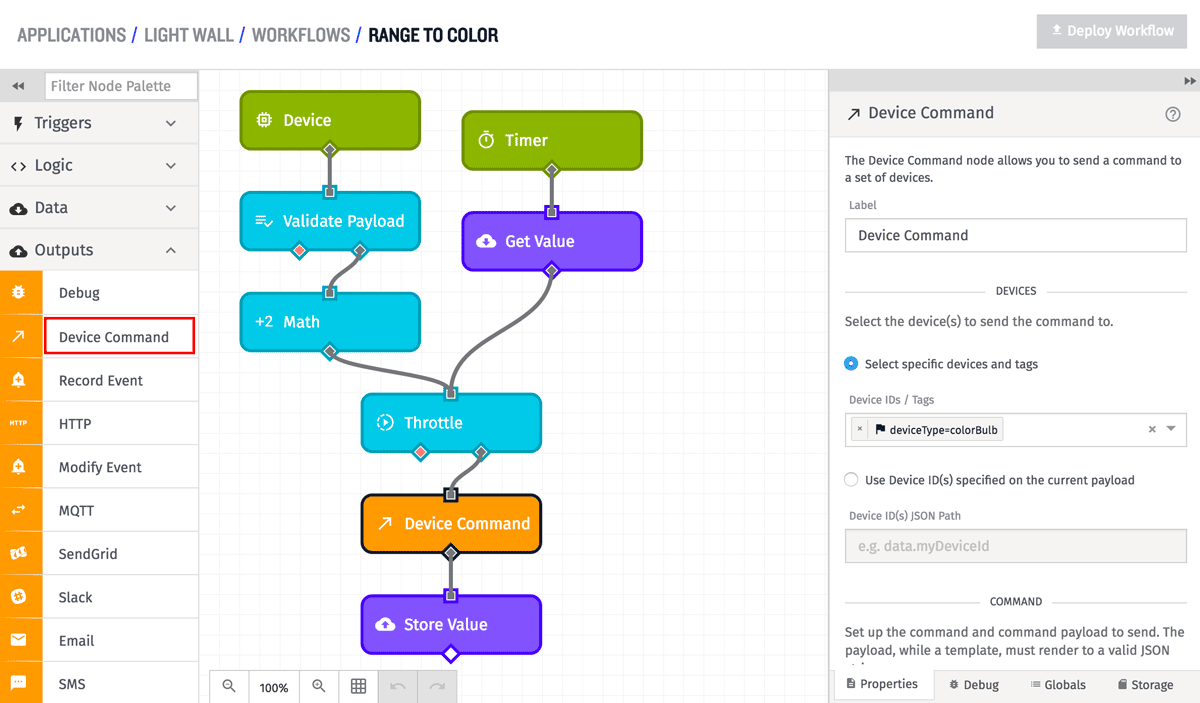 There are three parts to configuring a Device Command Node - selecting the devices to send the command to, configuring the command name, and optionally creating a payload to be sent with the command.

Sending a Command to Specific IDs and Tags

To send a command to specific Device(s) by IDs and Tags, select Select specific devices and tags in the Selection method… dropdown. This will expose a required Device IDs / Tags field.

Sending a Command to Device(s) by Payload Template

To send a command to one or more device IDs off of the current workflow payload using a payload path templates, select Use Device ID(s) specified on the current payload in the Selection method… dropdown. This will expose a required Device ID(s) JSON Path field. This option allows a workflow to dynamically change what specific devices are being sent a command depending on the payload currently being processed.

Sending a Command to Devices by Advanced Query 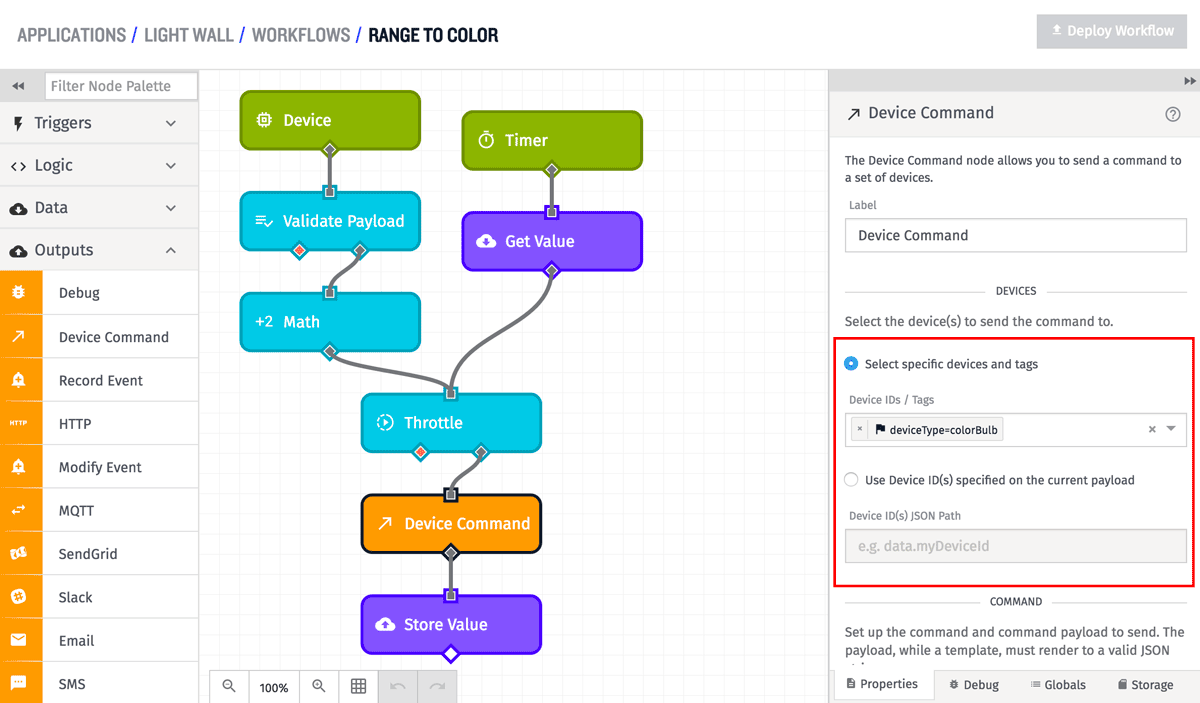 In the example above, the first option is being used, and the node will send the command all devices whose tag deviceType is equal to colorBulb. 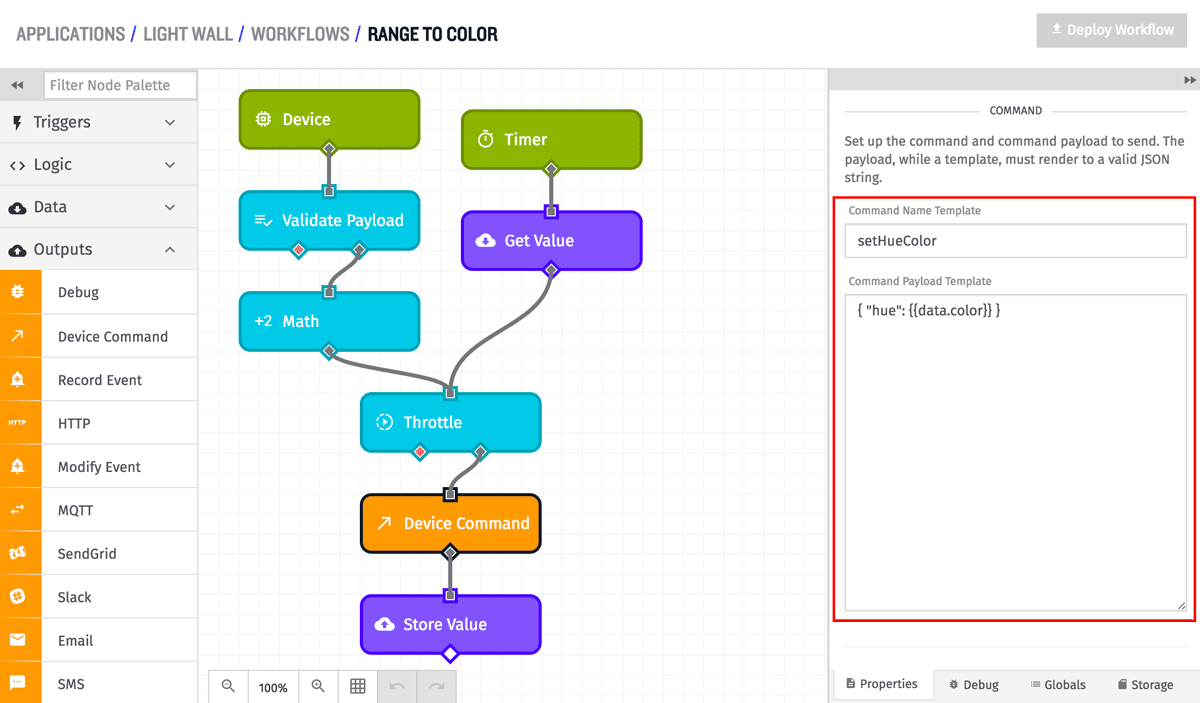 In the above example, the Device: Command Node is sending the command setHueColor with a payload. And given the following payload:

The Device: Command Node would send the following command payload with the setHueColor command:

In the case of a device command failing to send: