The MongoDB Node allows a workflow to query or update values in a MongoDB database and optionally store the result on the workflow payload. 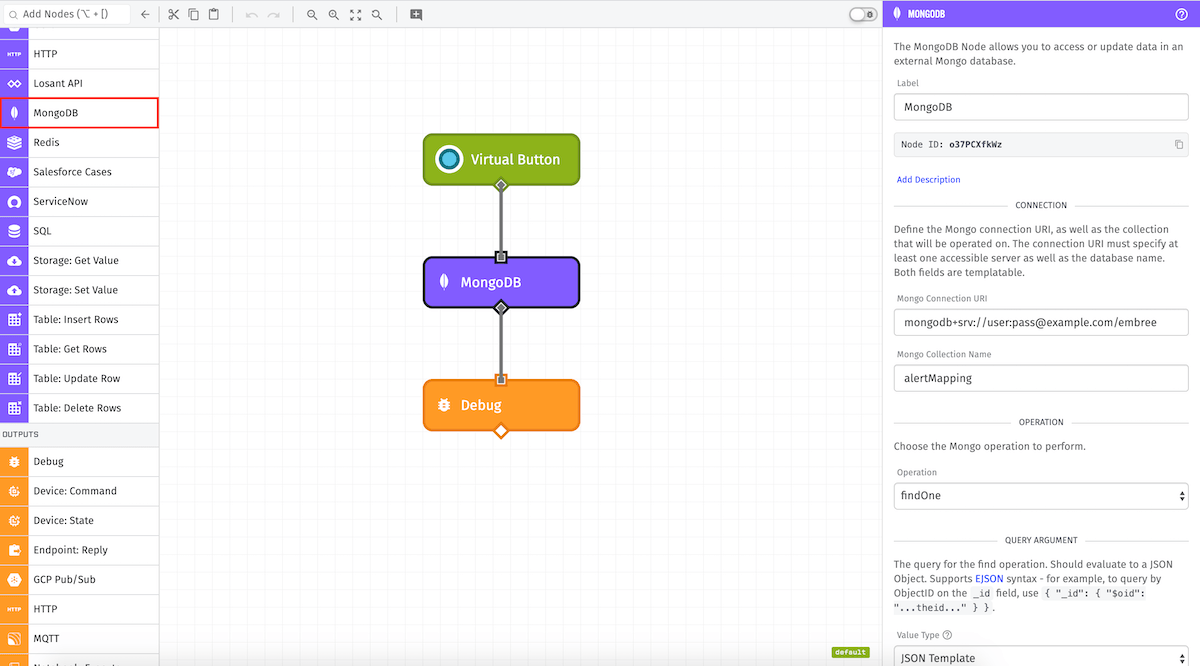 The configuration of the MongoDB Node can be broken down into four major sections - configuring the connection, choosing the operation, setting up the arguments, and choosing what to do with the result. 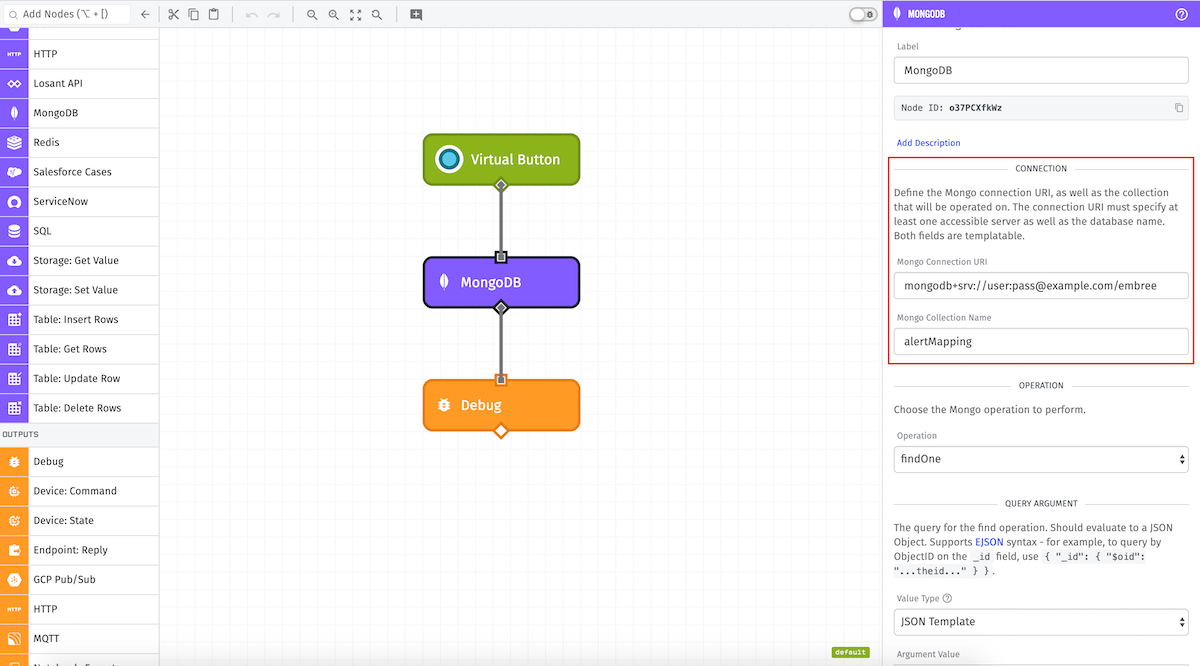 When configuring the connection, you must provide a Mongo Connection String URI, which must include a database name. You also choose here what collection that the node will be operating on. Both of these fields accept string templates, and so can be configured with values from the current workflow payload. In the example above, the MongoDB Node has been configured to connect to the embree database at example.com with the username user and the password pass, and the node will be using the collection alertMapping.

Next you will need to choose the operation that will be performed against the database. Currently the node has support for the following operations:

The deprecated methods above will utilize other methods appropriate for your configuration. 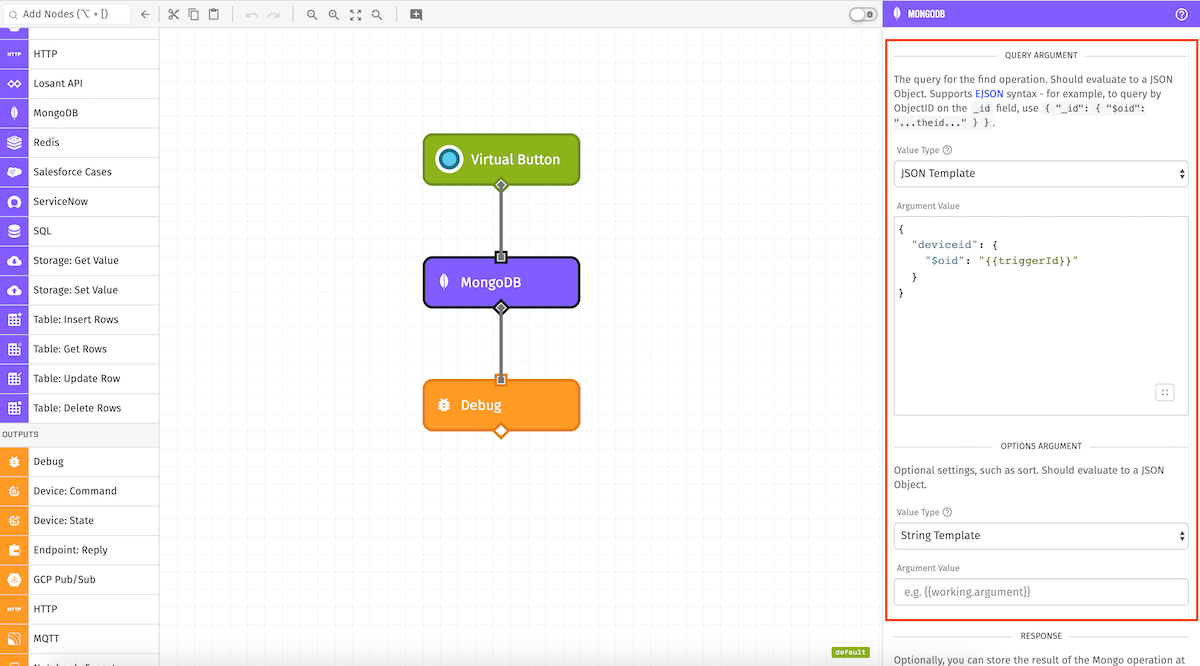 Depending on the chosen operation, the expected arguments here will change. For example, with the findOne operation, there are two arguments - the query itself, and any options for the query. In the above example, we are not passing any options, but we are passing a JSON template - searching for a document in the collection with a deviceId field that matches the trigger ID that kicked off the run of the workflow. Most of the arguments for the various operations are expected to evaluate to JSON objects, and the node supports EJSON syntax for specifying things like ObjectIDs.

Both the query argument and the options argument allows users to choose the method by which the value will be set: a payload path, a string template or a JSON template. 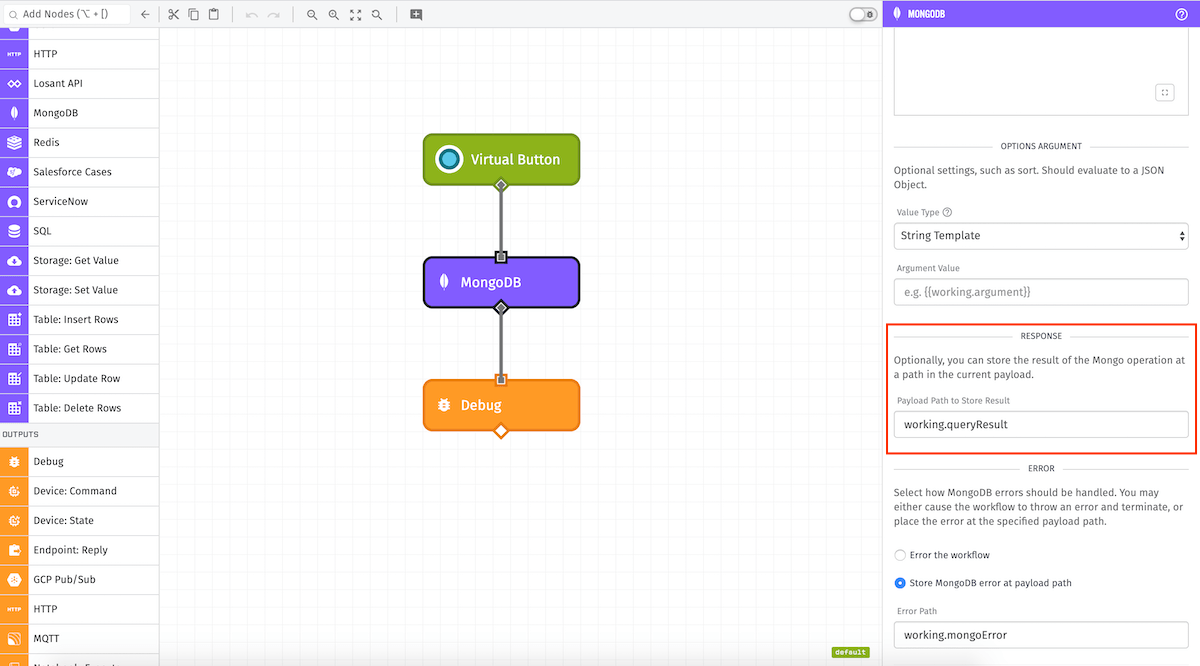 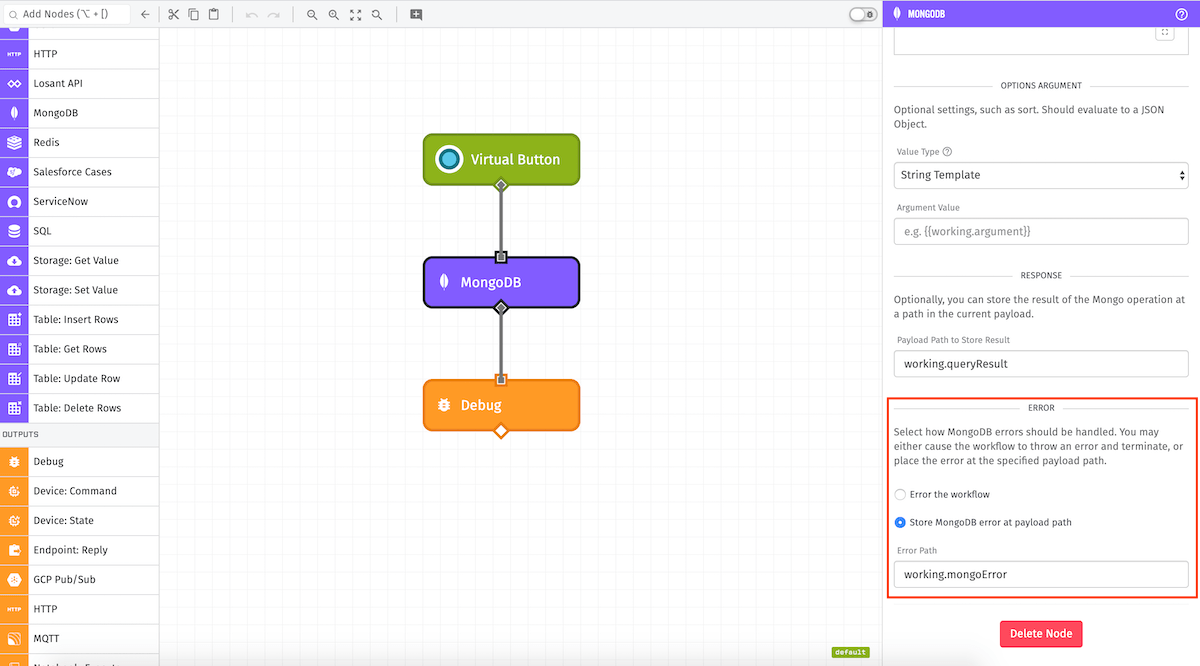 In the case that the provided JSON string fails to parse, there are two possible options for how to handle the error.

Note: For edge workflows, this option is only available on edge version 1.15.0 or higher. On older versions, the workflow will always halt on errors.

Here is an example payload after the above MongoDB Node has been run:

In the case that the provided MongoDB Query fails, there are two possible options. You can either error the workflow, or you can store the error at a path on the payload.

Below is an example of an error stored on the payload: