The Function Node allows a user defined JavaScript to operate on the current payload. 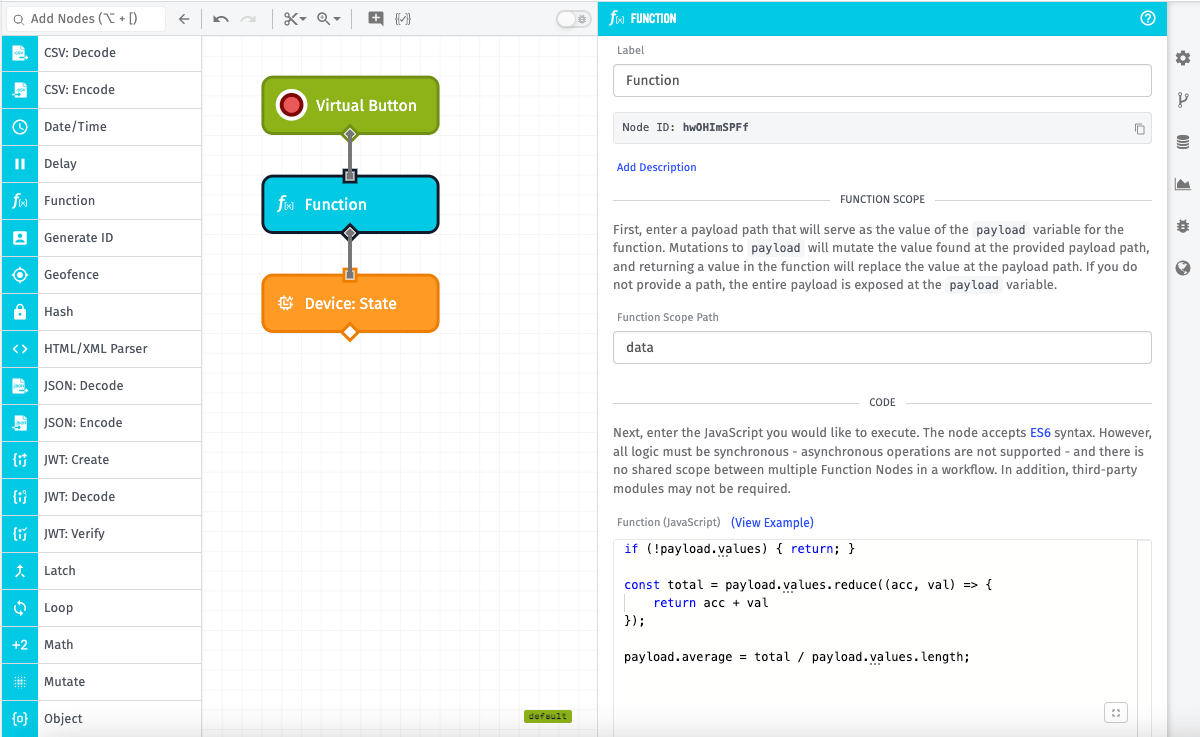 The Function Node has a single configuration block - the user defined JavaScript code to execute. Only base JavaScript functionality is available for the execution of this code - no external libraries or modules are available for use. The current payload of the workflow is available at the variable payload, and can be treated as a normal JavaScript object.

In the above example, the Function Node is averaging the values of an array of data, and storing that average in the payload field data.average.

There are two ways a Function Node can modify the current workflow payload.

First, if a return statement is hit and something is returned, that returned value is used as the new payload. For example:

If that were the entire contents of a Function Node, no matter what the original payload was, the payload after the execution of the Function Node would always be the object:

And an example payload of:

The payload after the execution of that Function Node would be:

The Buffer Object is also available in the Function Node. The Buffer class is specifically designed to handle and work with raw binary data.

For example, for a hex string on the payload that represents the float 3.14159 at data.hex, it can be converted back to the float using the following function:

The float value can now be accessed in the following nodes on the data.value payload path.