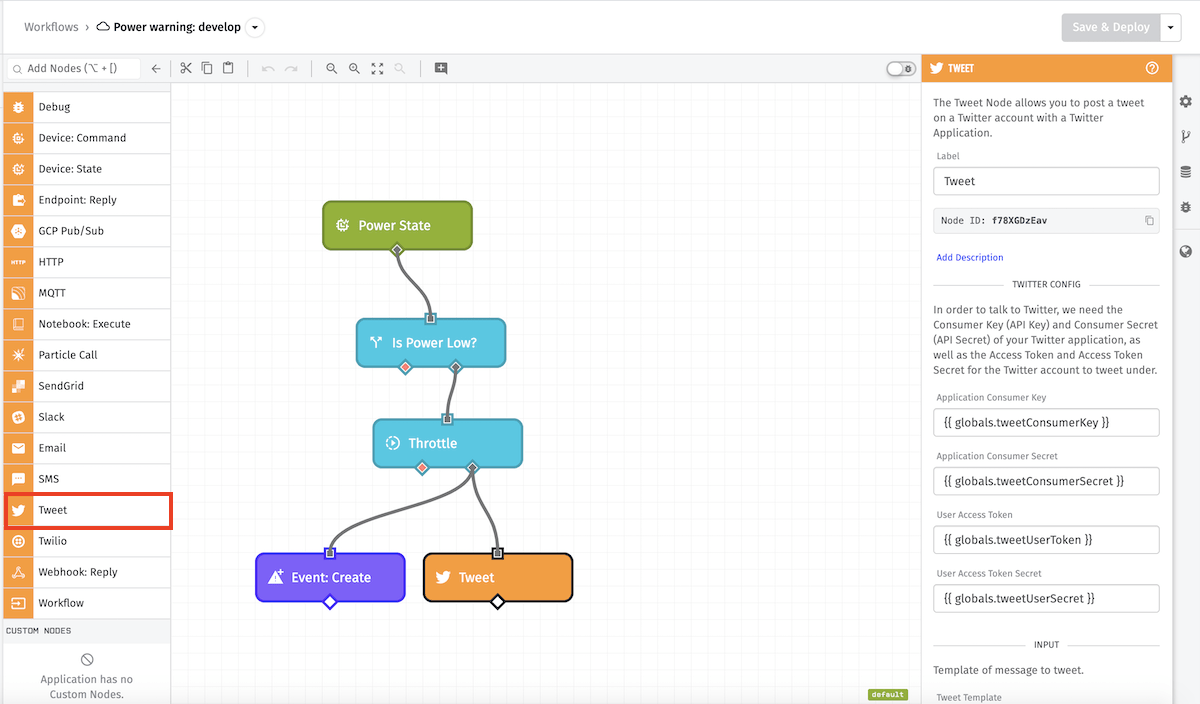 For the Tweet Node to work, Losant needs a number of different Twitter authorization keys. This is due to the fact that the Twitter API requires a Twitter Application in order to interact with the Twitter API. Each of the authorization values supports string templates, and most users choose to store these values in their workflow globals.

Next Losant needs the tokens specific to the user account that the tweets will go out under. These are the Access Token and Access Token Secret, and are specifically tied to the Twitter Application configured above. These values can be found at the bottom of the “Keys And Access Tokens” tab in the settings of a Twitter application, under the “Your Access Token” section.

Finally, now that all of those settings are configured, the actual tweet itself can be configured. The message field supports string templates - but remember to keep the message under the Twitter character limit, otherwise the tweet will be rejected.

In the example above, the tweet “Power level exceeded error threshold at {{ data.power }}!” (where {{ data.power}} will be replaced with the current value of data.power in the payload) will be posted to Twitter.