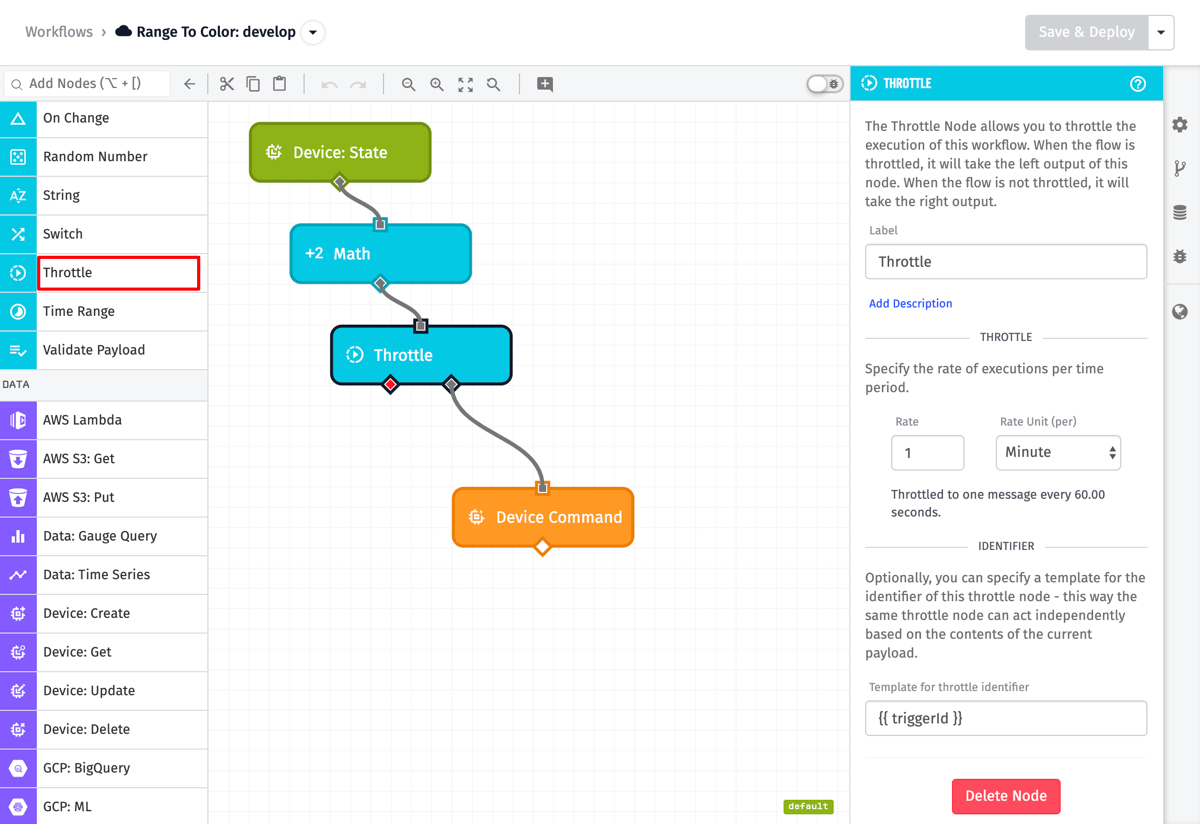 There are two parts to the configuration of this node …

The Throttle Node is configured by specifying the rate of executions of the node per time period. The available time periods are “Second”, “Minute”, “Hour”, and “Day”, and the rate is allowed to be anything above 0 and below 10 times per second.

The Throttle Node also has an optional field named Throttle Identifier. This field is a string template and can be used to make a single Throttle Node function as the equivalent of multiple throttle checks.

For example, if multiple Devices can trigger a workflow and pass through this Throttle Node, you can have the throttle identifier be the triggering device ID. That way the on throttle will work on a per-device basis, instead of on a global workflow basis. 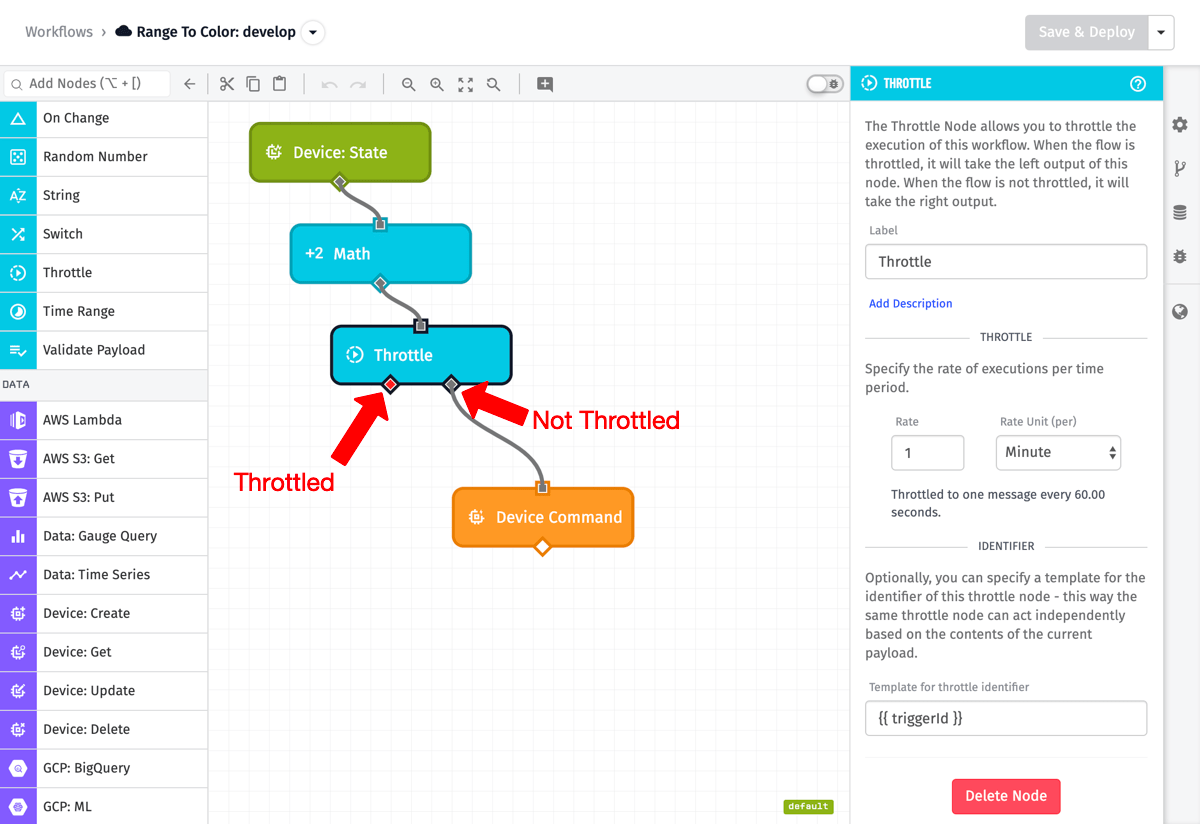 This node does not have any node specific errors.