The Redis Node allows a workflow to query or update values in a Redis database and optionally store the result on the workflow payload. 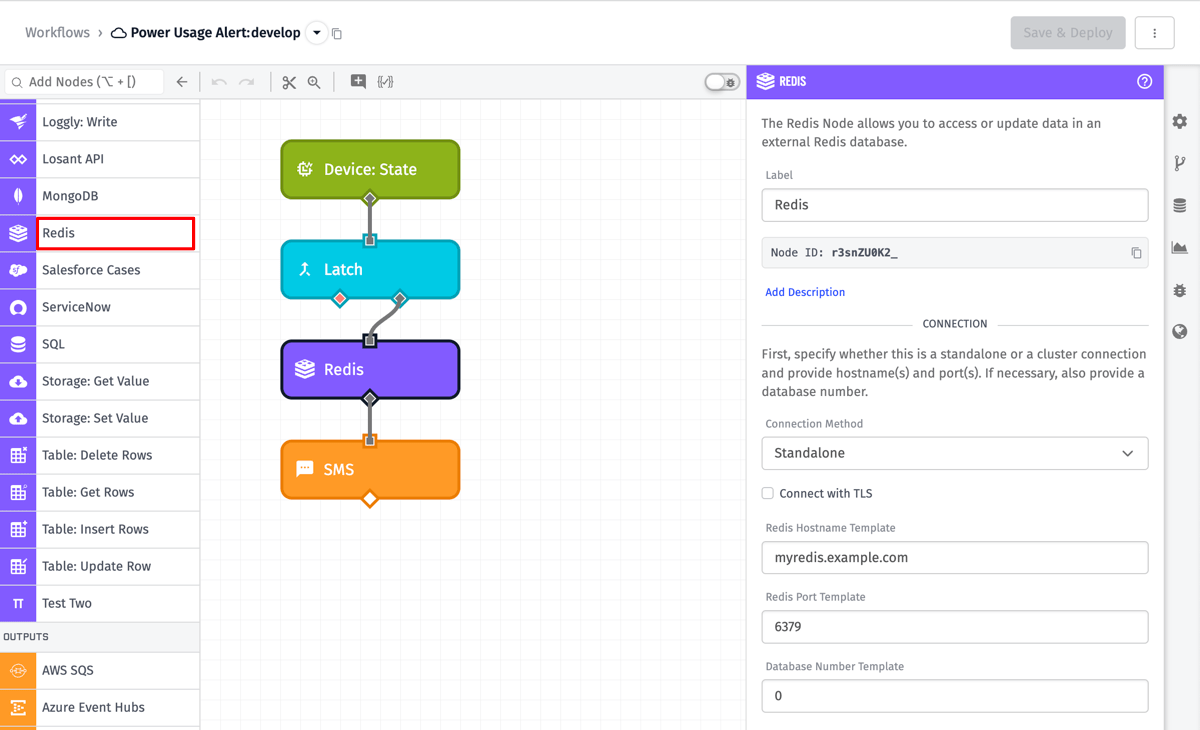 The configuration of the Redis Node can be broken down into 4 major sections - configuring the connection, choosing the operation, setting up the arguments, and choosing what to do with the result.

If a Gateway Edge Agent (GEA) version is noted, that field is only available in that version or higher. In all cases, the configuration fields are available in Application and Experience workflows.

In the example above, the Redis Node has been configured to connect to database 0 at myredis.example.com on port 6379 with TLS connection enabled and the password is the template {{password}}. 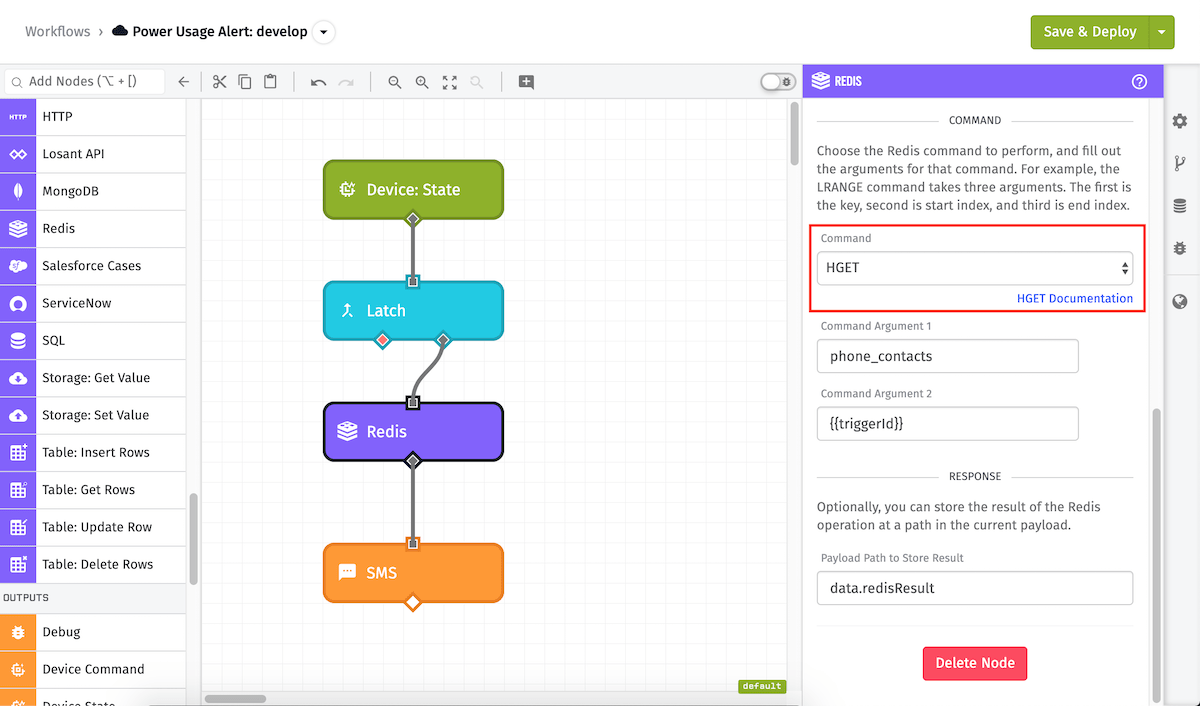 Choose the command that will be performed on the Redis database.

The Redis Node has support for most regular Redis commands that deal with keys, sets, sorted sets, hashes, lists, strings, streams, geo, hyperloglog, and publishing. The full source for the Redis commands can be found in the Redis Documentation. The node does not support cluster, connection, scripting, server, subscribing, or transaction command groups.

Depending on the command, the next section of configuration will change - due to the expected number of arguments differing per command.

The full source for the Redis commands can be found here. 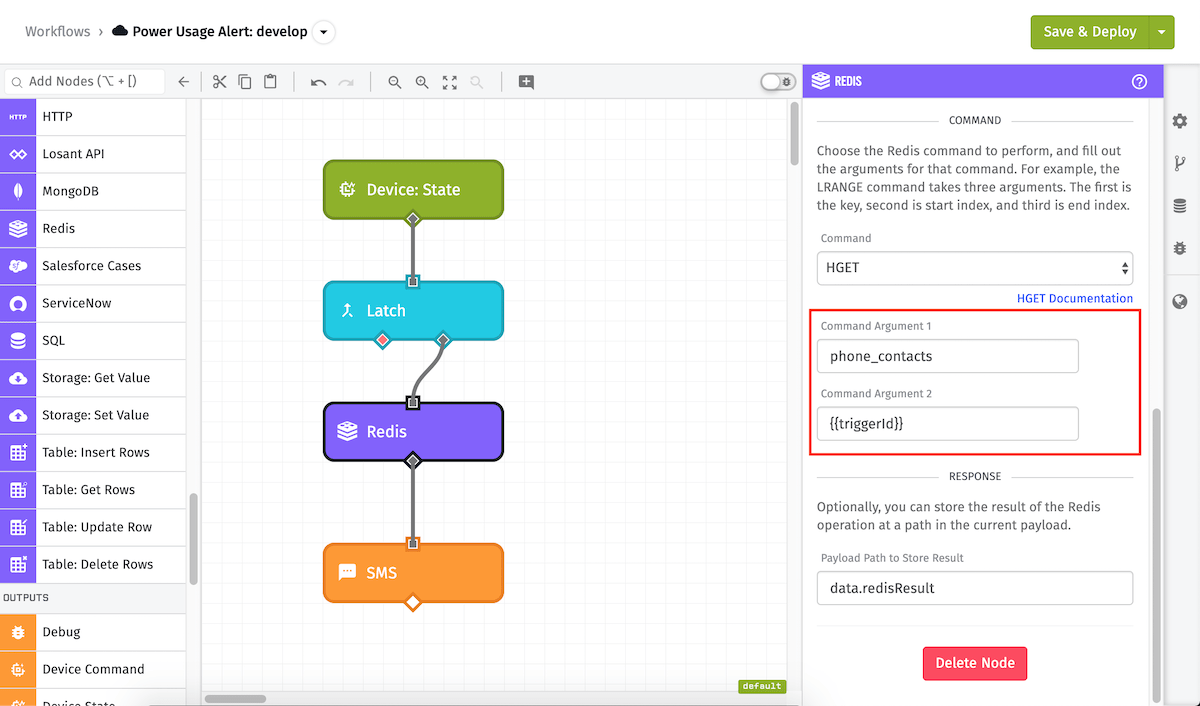 Depending on the chosen command, the expected arguments here will change. For example, with the hget operation, there are two arguments - the key representing the hash, and the field to get within that hash. In the above example, the key that will be queried is phone_contacts, and the particular field in the key depends on the triggerId that triggered the workflow to run. All arguments support string templates. For commands that have optional or arbitrary numbers of arguments, the node will let you provide as many arguments as you need.

In Edge Workflows prior to GEA v1.35.0 each argument must be specified individually.

In Edge Workflows starting with GEA v1.35.0, as well as Application and Experience Workflows, arguments may also be specified by payload path. 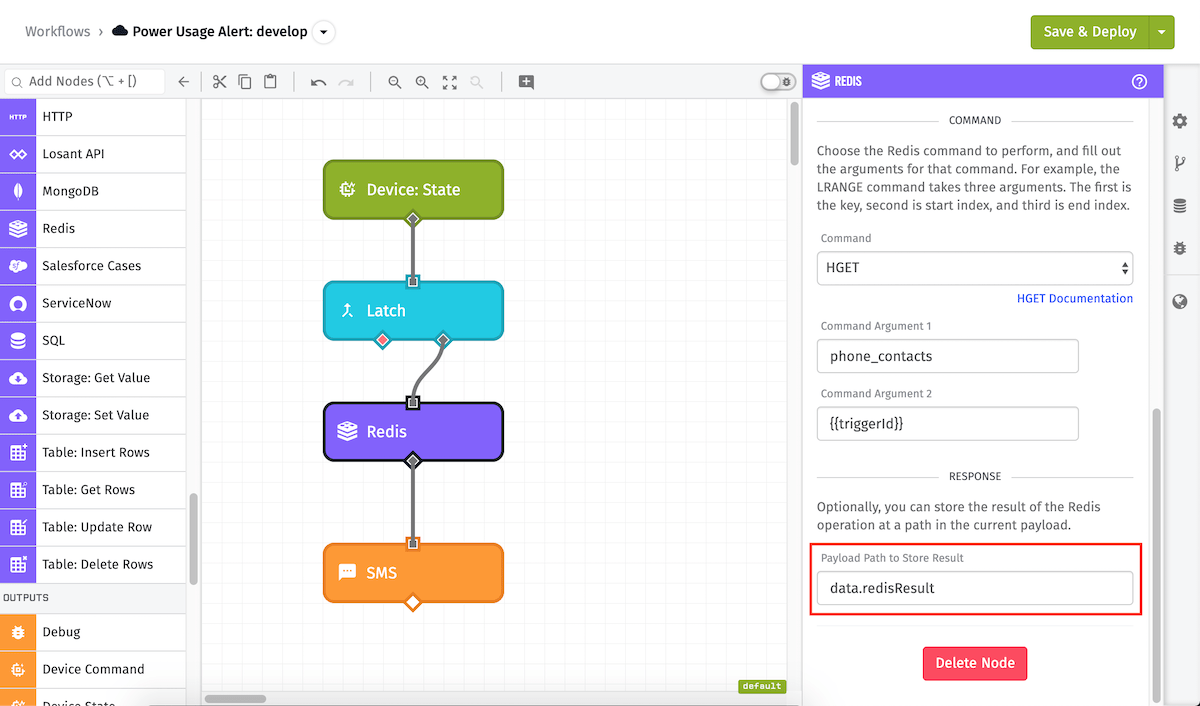 Finally, you can optionally choose to store the result of the Redis operation on the payload at a given payload path. For operations like set or sadd, you might not care about the result, but for an operation like the hget above, you almost certainly do! In this case the result of the hget is being placed at the JSON path data.redisResult.

Here is an example payload after the above Redis Node has been run: 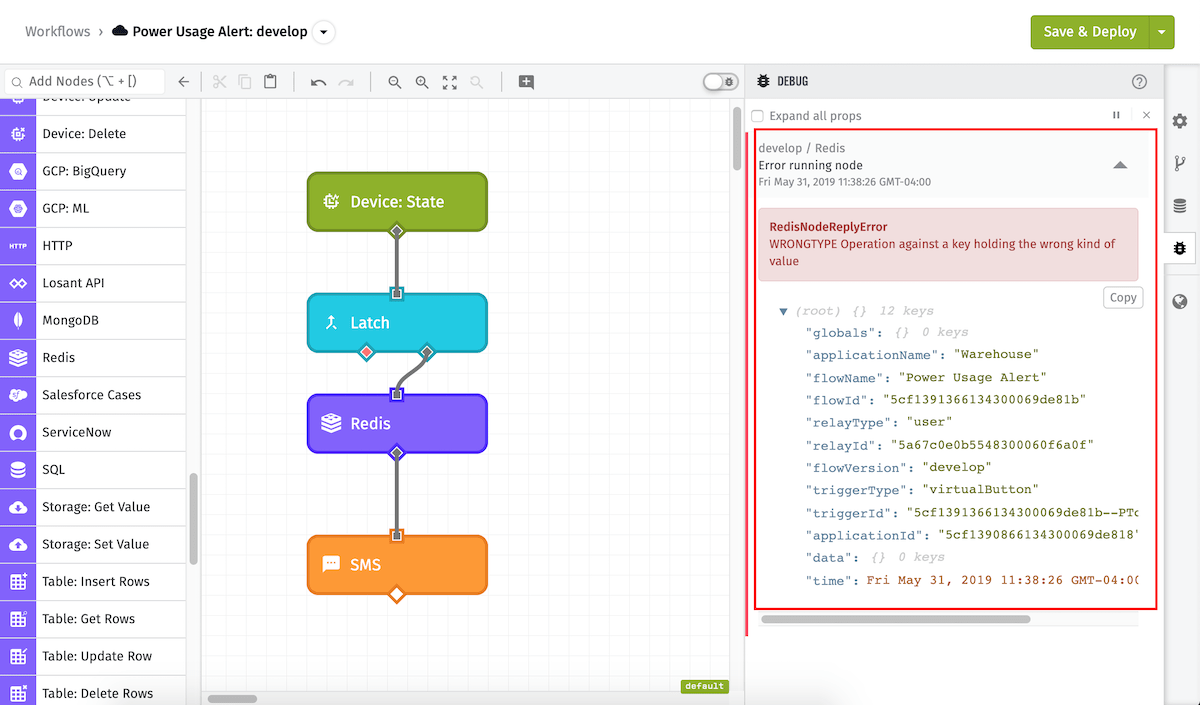 In Edge Workflows prior to GEA v1.35.0, when a Redis Node encounters an error, the workflow will halt and display the error in the debug panel.

In Edge Workflows starting with GEA v1.35.0, as well as Application and Experience Workflows, you may elect to catch the error, store it at a payload path, and continue the workflow execution if the node errors.