The Time Range Node allows a workflow to branch based upon the time of the payload compared to a defined time range. 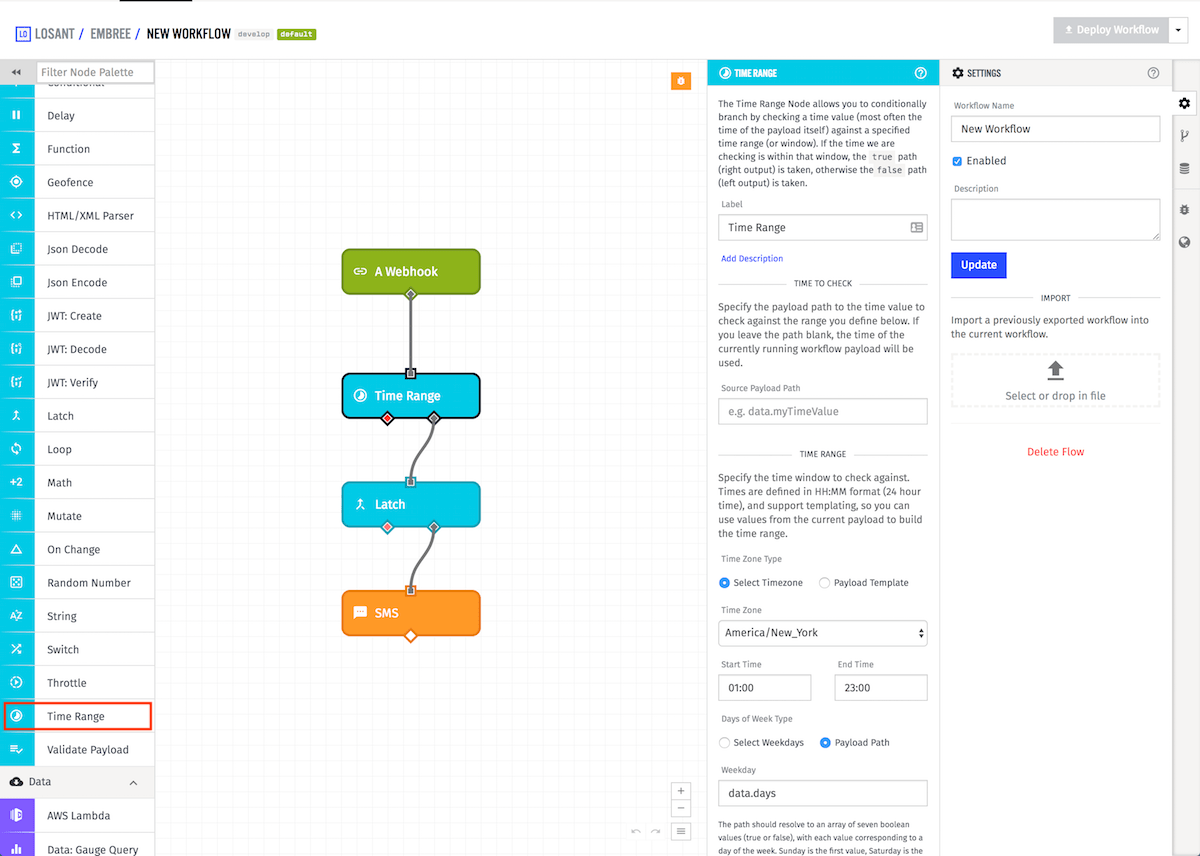 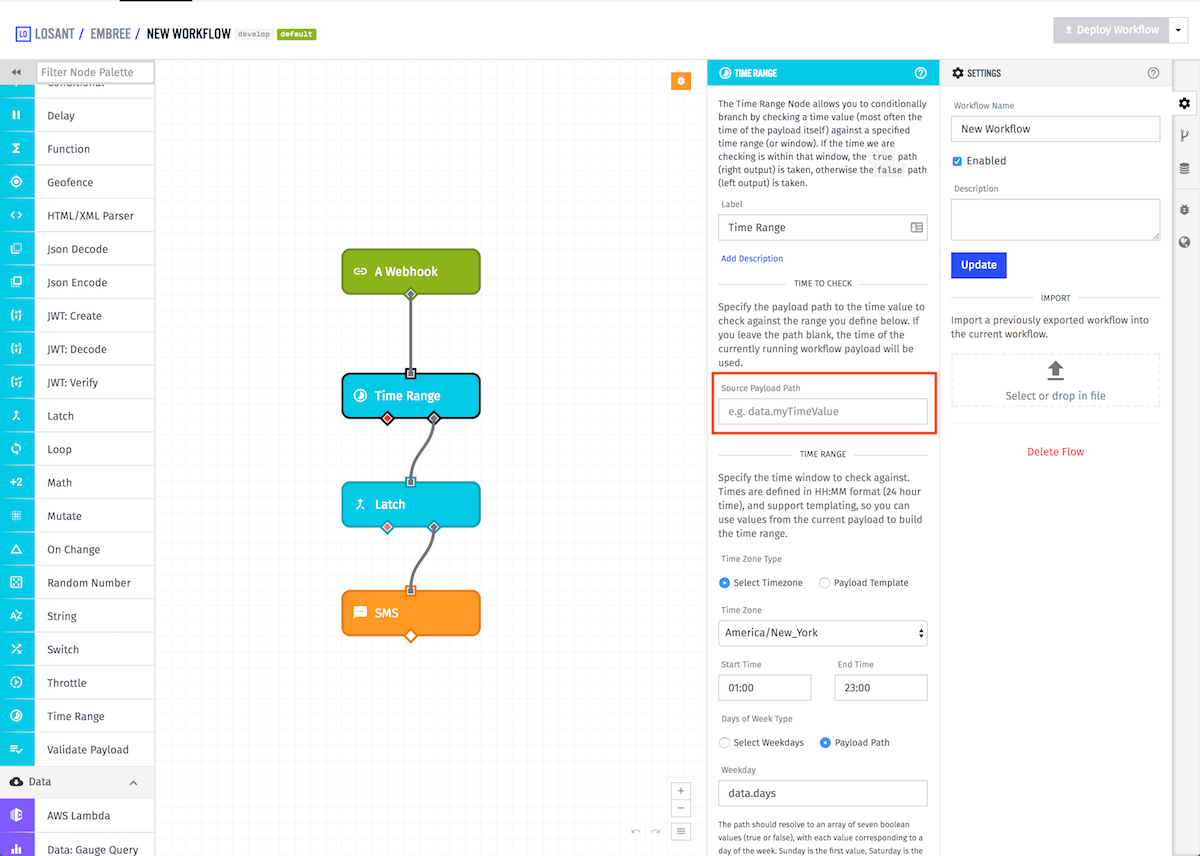 The range is defined using HH:MM format for a start time and end time (using 24 hour time format) - for instance 01:00 as the start and 23:00 as the end means that time values 1:00am or later, but earlier than 11:00pm, would fall within the range. The start time value is inclusive, and the end time value is exclusive - meaning that in the 01:00 to 23:00 example, the exact time 01:00 would be in the range but the exact time 23:00 would not be included. Leaving the start or end fields blank defaults those fields to the value 00:00, which means the entire day is included within the range.

You can also choose a time zone for the range (by default the time zone is the current timezone of your browser), or you can select Payload Template, and enter a payload path that will resolve in a timezone. The time to check is converted to the selected time zone before comparison.

In addition to specifying a time range, you can also specify days of the week - so you can easily create a Time Range Node that will only match on Saturdays or Sundays, but not the rest of the week. Specifying days of the week can be done in two ways. The first is picking which days you always want to include by checking the buttons. The second is to provide a payload path that will resolve into a list of seven boolean (true or false) values, such that each value corresponds to a day of the week. The first value of the list represents Sunday, while the last represents Saturday. For example, if you only wanted the time range to include Monday through Friday the payload path should resolve to [ false, true, true, true, true, true, false ]. 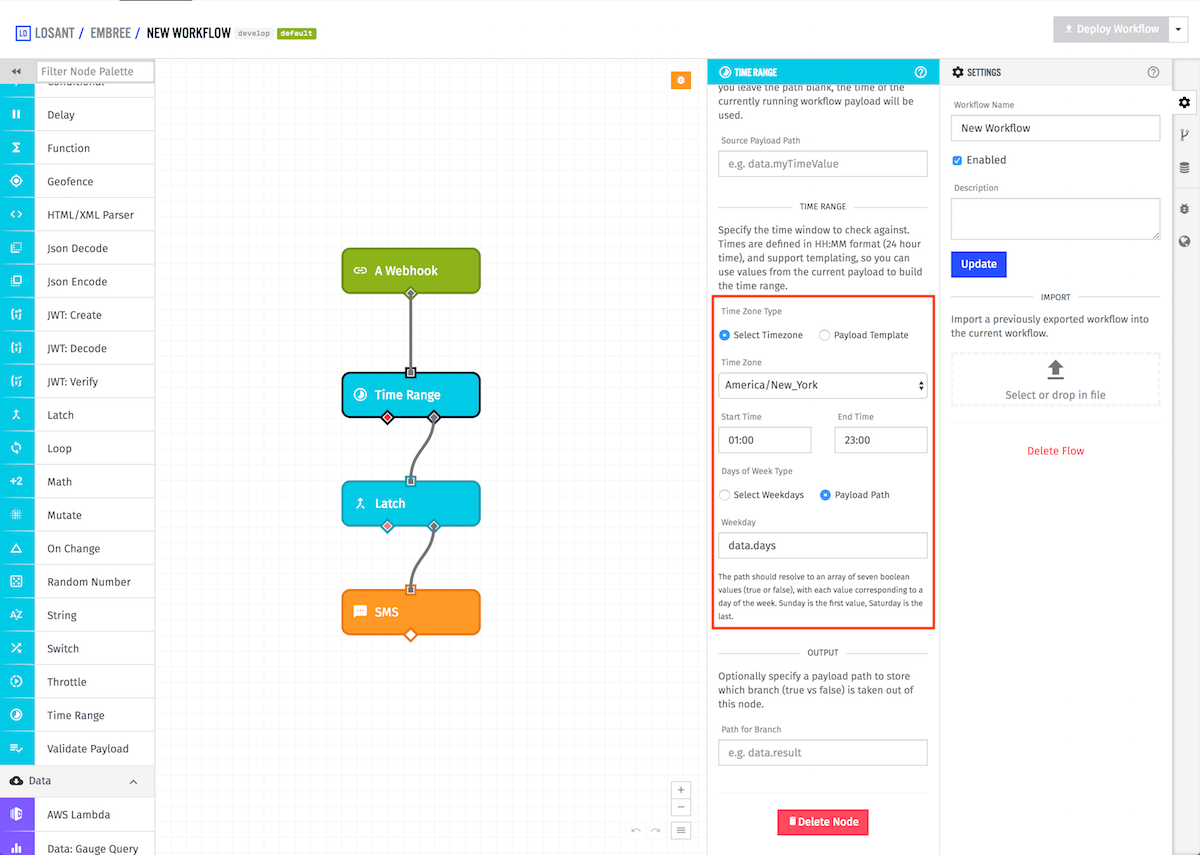 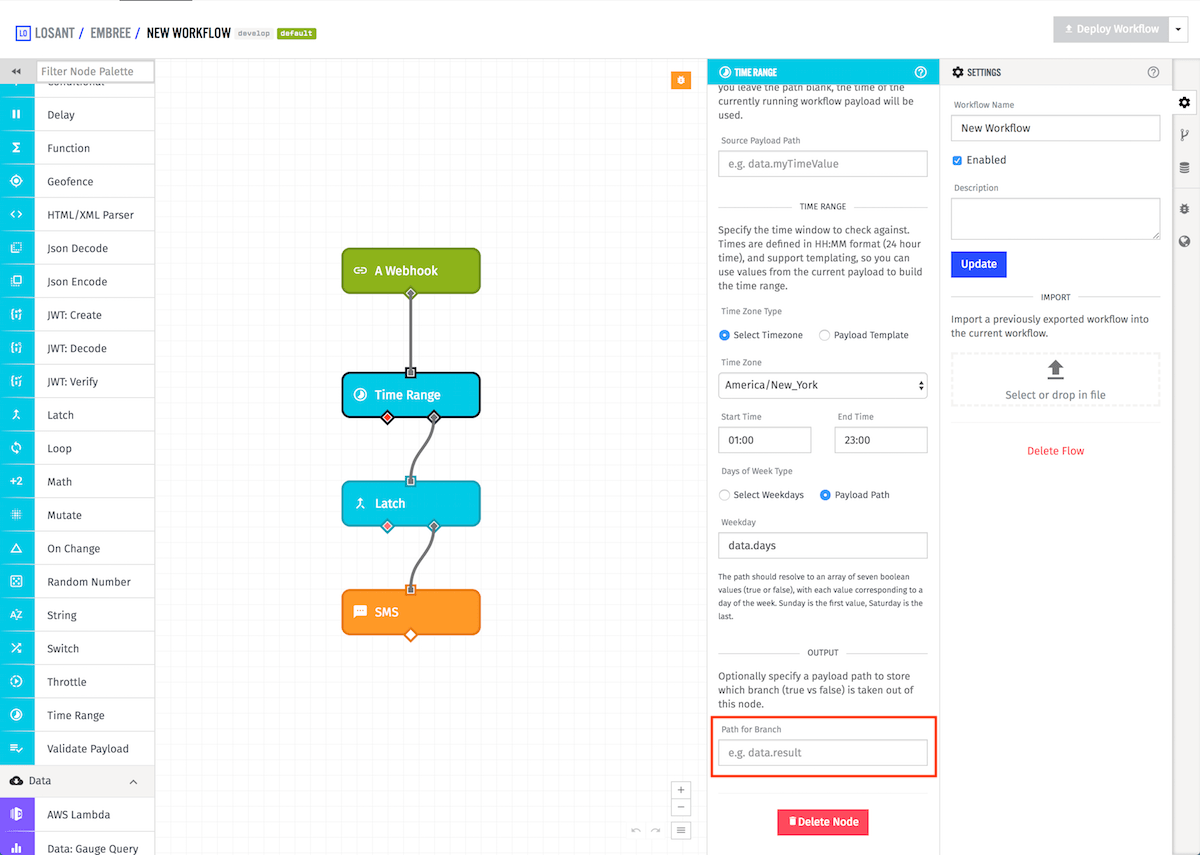 The Time Range Node has one optional output field. The Path for Branch field takes a payload path, and if it is defined the value true or false will be placed at the given path, depending on which branch out of the node is taken.