The Random Number Node generates a random integer within a range of your choosing. 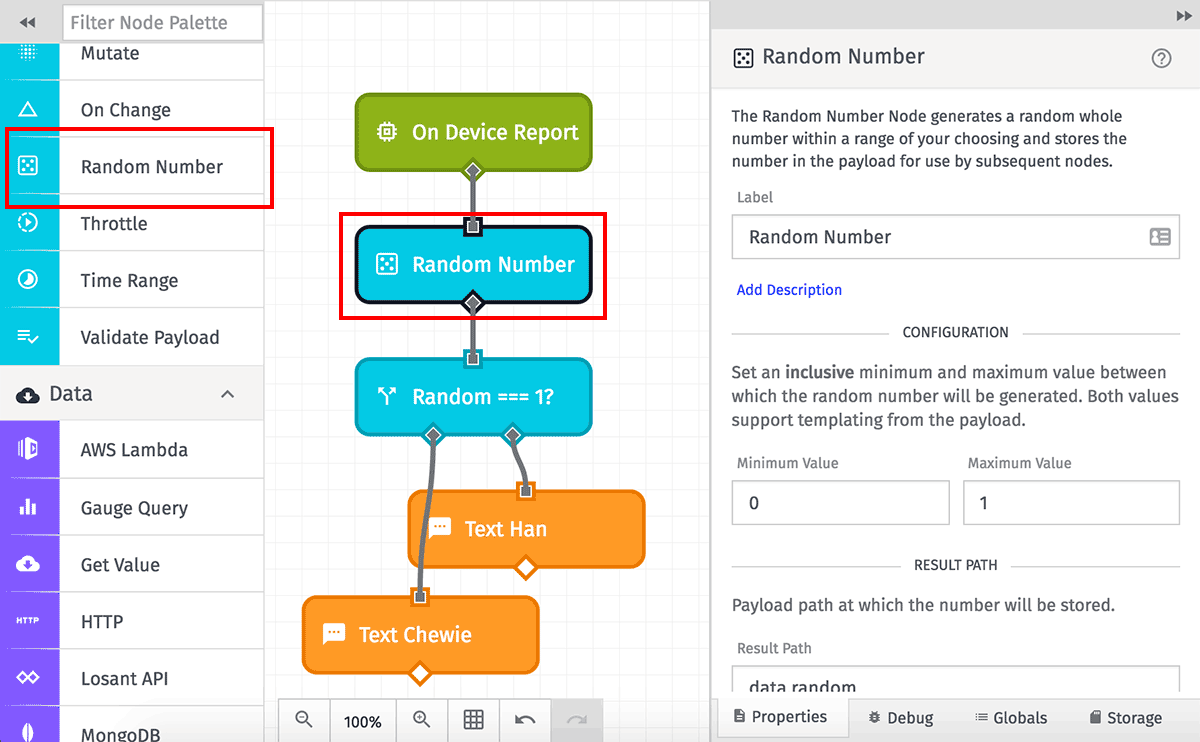 The node takes three parameters, all of which are required.

Minimum Value and Maximum Value are each a number or a string template resolving to a numerical value on your payload. The randomly generated number is inclusive of the defined minimum and maximum values; for example, if 0 is set as the minimum value, then 0 is a possible output from the node.

The Result Path is a payload path stipulating where on the payload the resulting number should be stored.

If the node fails to generate a random number, the result stored on the payload at the result path will be null. There are a few of cases where this could occur, most likely when using a string template to reference a value within the payload: