The Run Executable Node allows an edge workflow to run a script or process locally on an Edge Compute device. This node is only available in edge workflows. 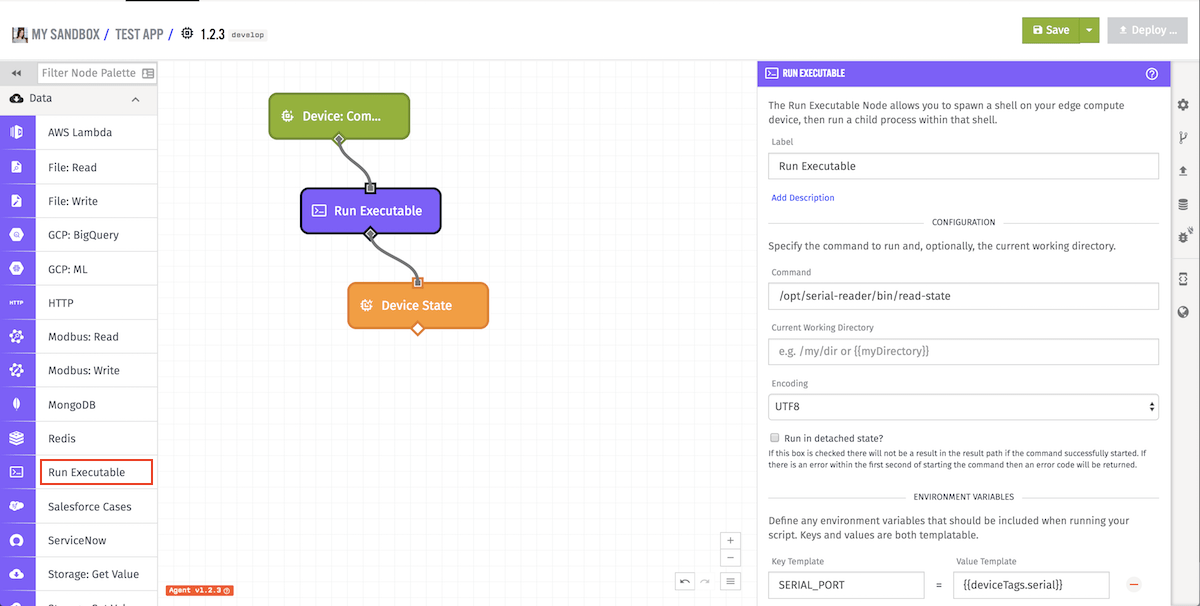 There are two main configuration sections for the Run Executable Node … 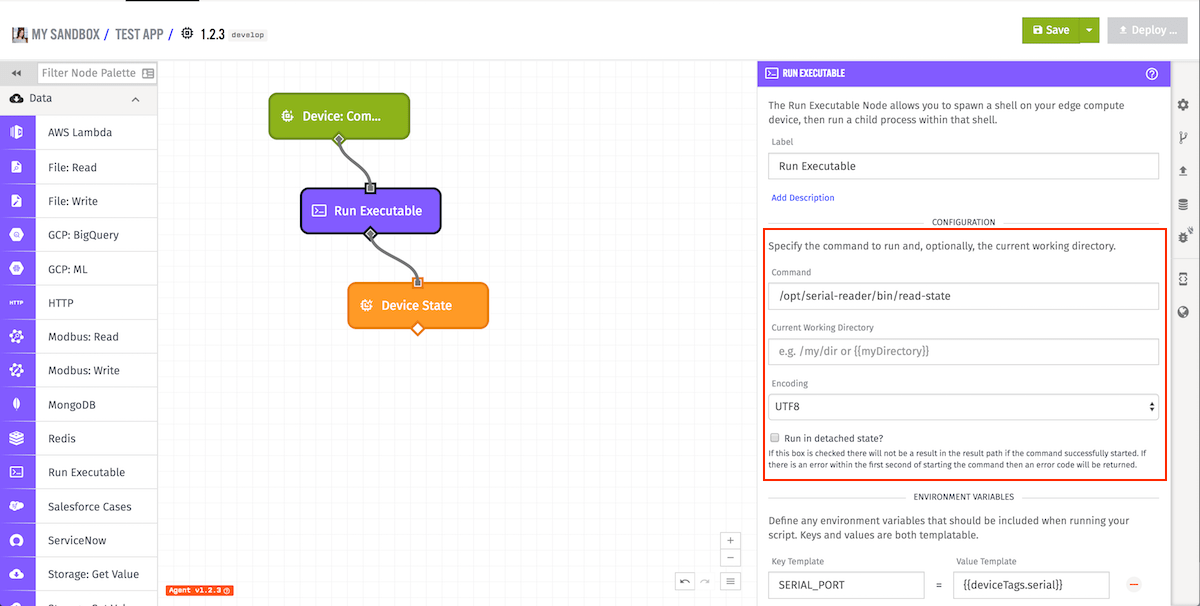 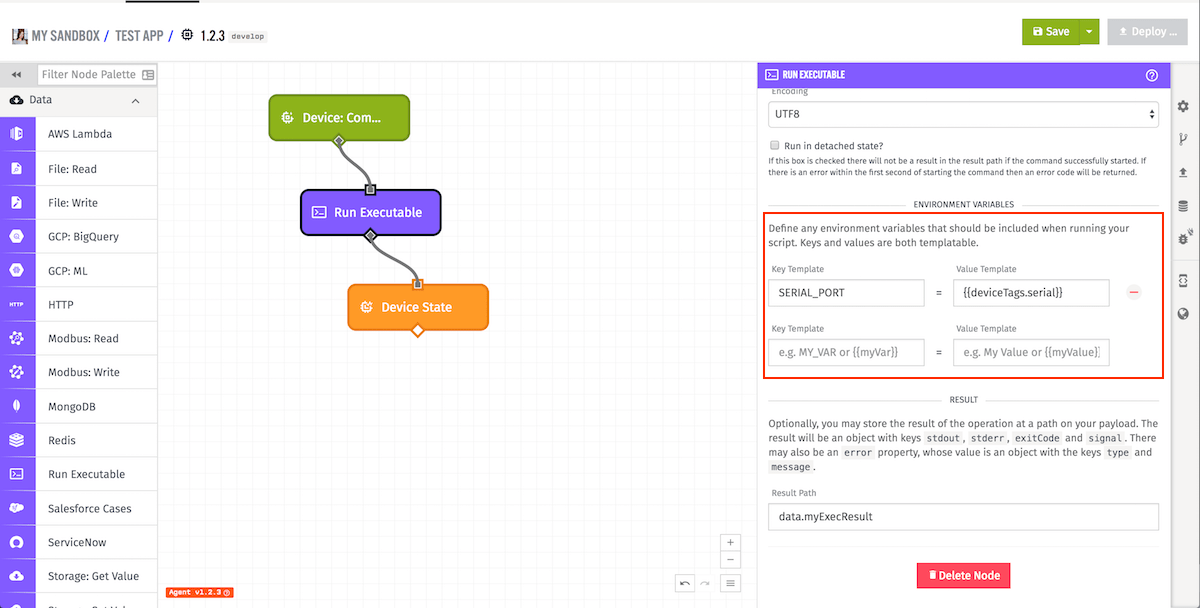 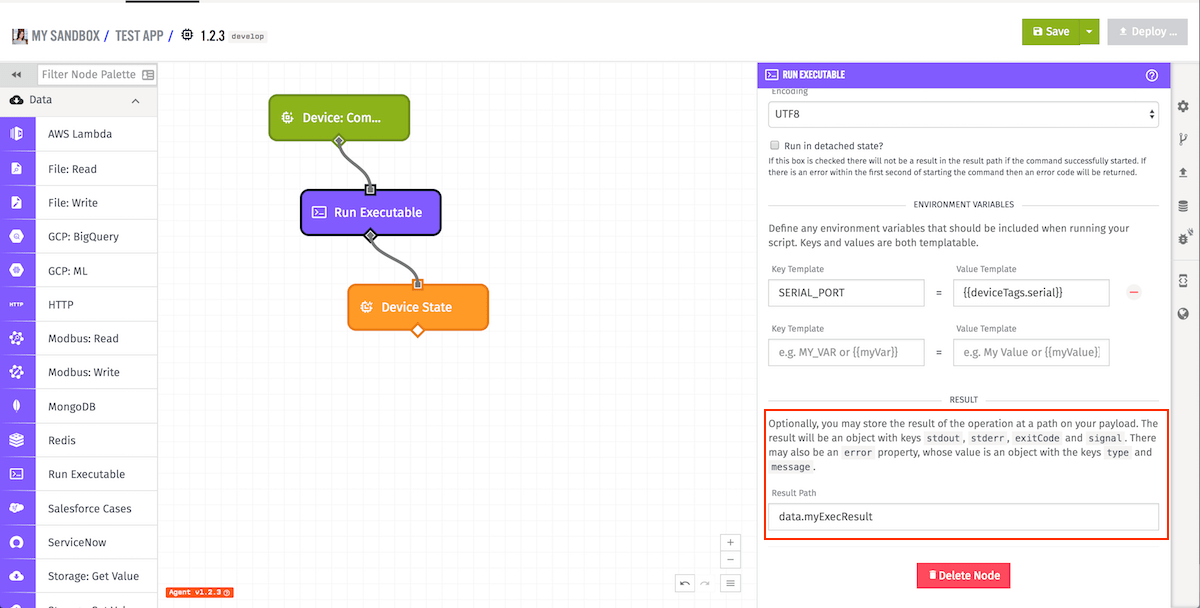 Finally, if the command that is being executed returns a result, it can optionally be stored on the payload for later use in the workflow. In the example above, the result will be stored at the payload path data.myExecResults. What is returned, though, is not just the result; rather, it is a result object with other useful information.

The result object will have fields for the command’s stdout and stderr, as well as fields for the exitCode of the command and the termination signal for the command. In the case that a command fails to run, there will also be an error field with any errors. For example, here is an example payload after the above workflow node executes:

There are many reasons that the Run Executable Node could error, but here are a few of the more common cases: