The HTTP Response Node allows an edge workflow triggered by an HTTP Request trigger to reply back to the triggering request. 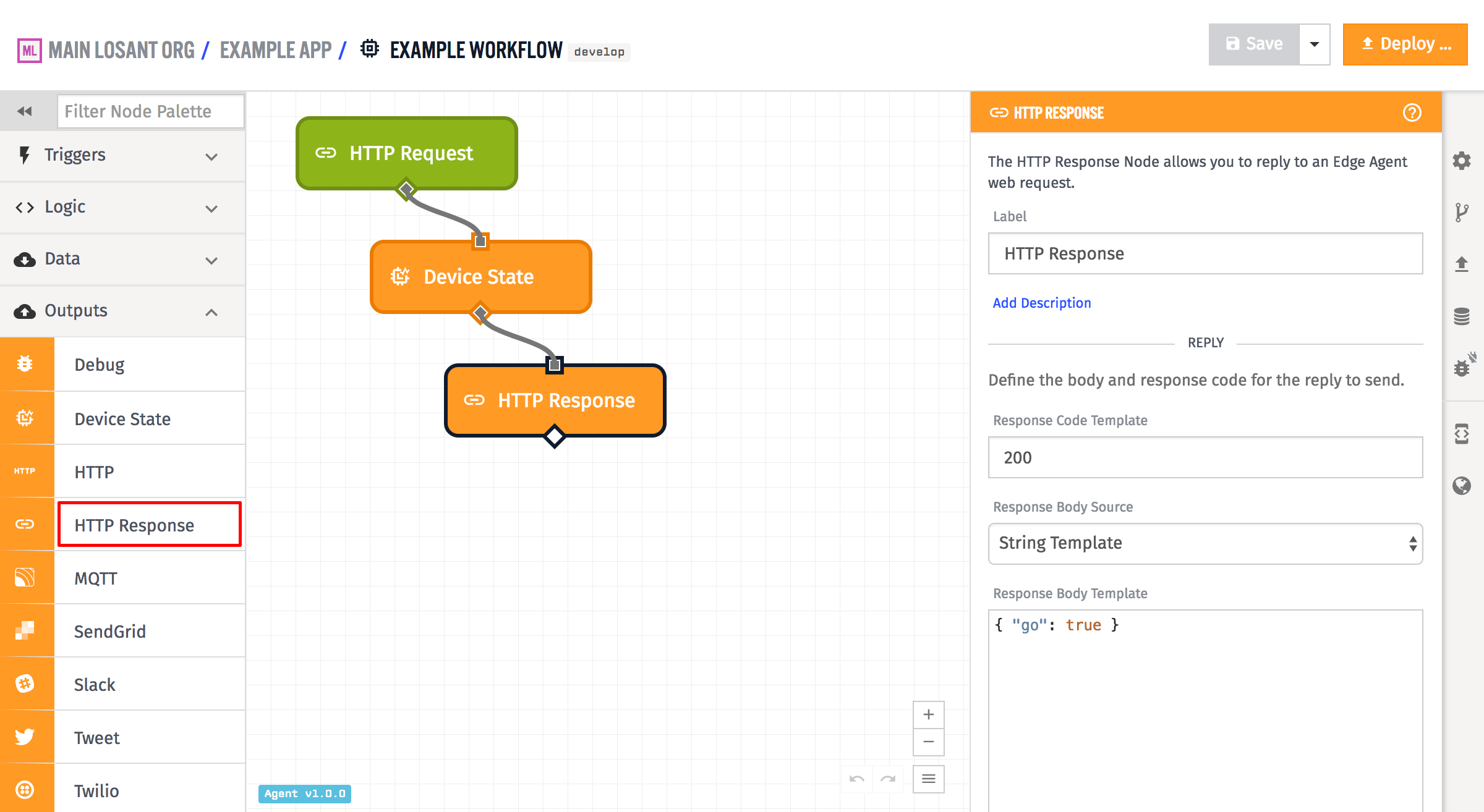 All the standard components of an HTTP response are configurable in the HTTP Response Node - the response code, the body and the headers. The node also has some helpers for setting and removing cookies, so that you do not have to configure the cookie header manually. 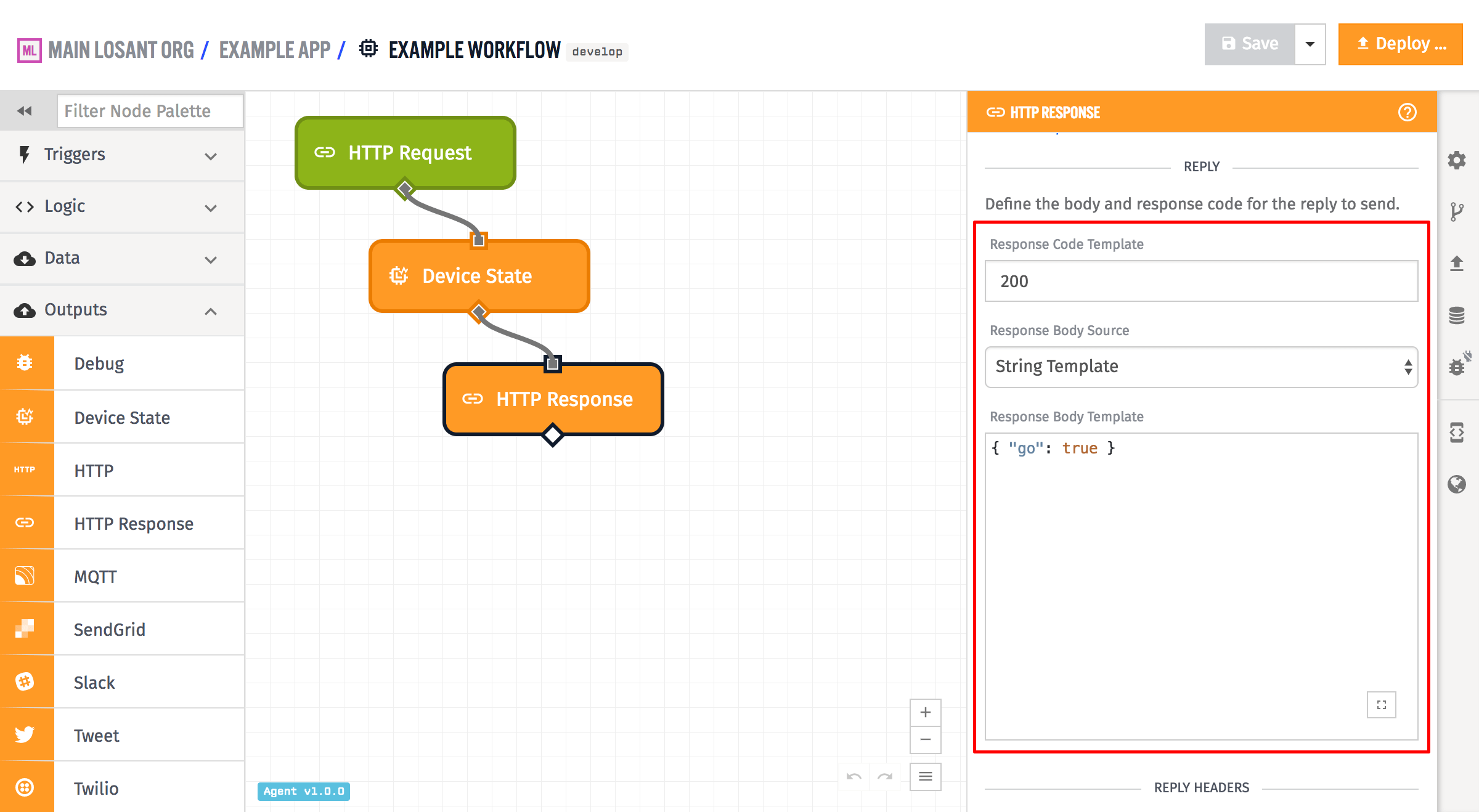 In the above example, the response code is set to 200, although that field is templatable and so can be configured from the current payload. It is expected to resolve to a valid response code number, and if it does not, the reply will default to a response code of 200. 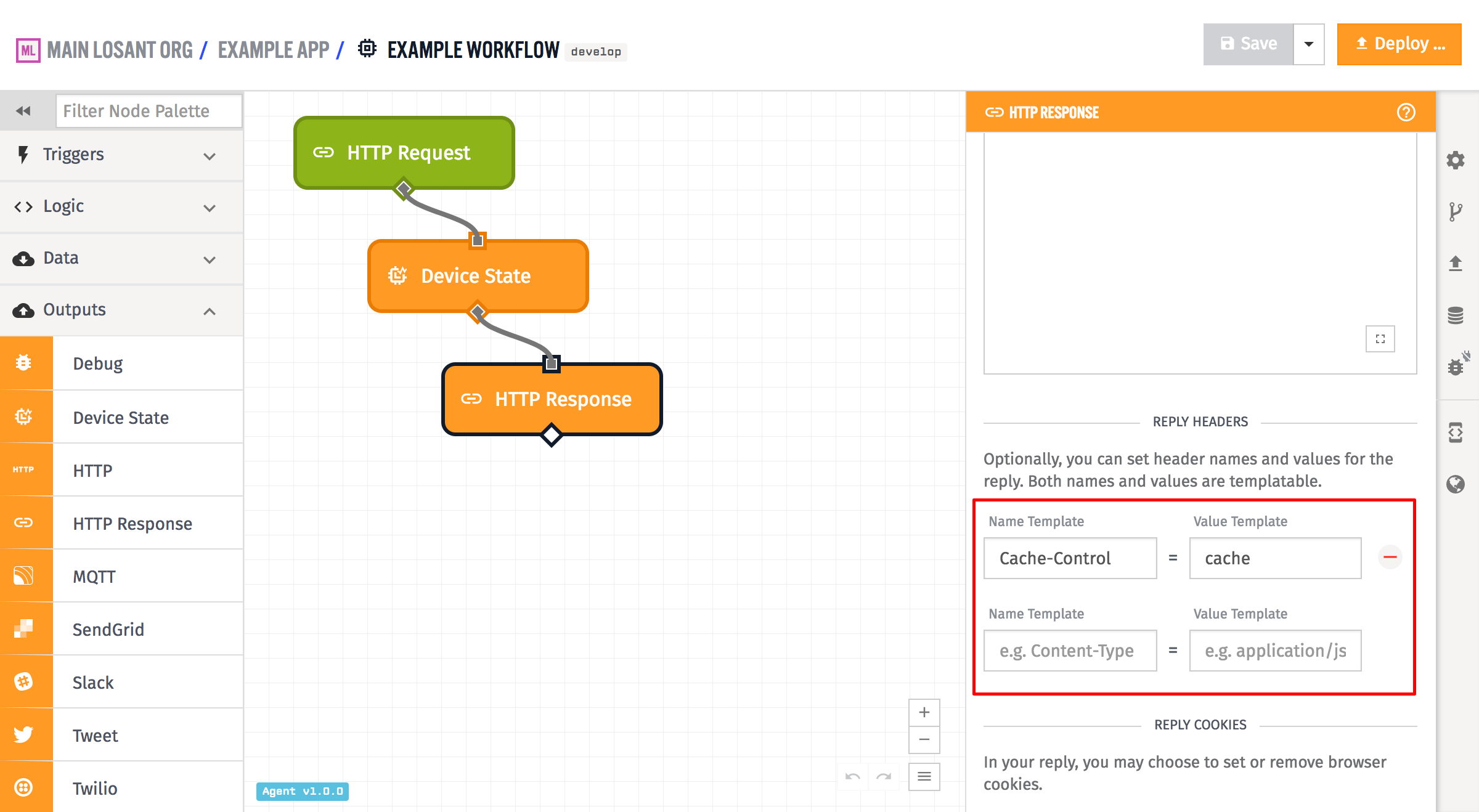 Arbitrary headers can also be set on the reply. Both the header name and value fields are templatable, so they are configurable based on the payload. In the example above, only one header field is set - Cache-Control is set to cache.

Losant does automatically add certain other headers to the reply, if they are not set explicitly in the header configuration for the reply: 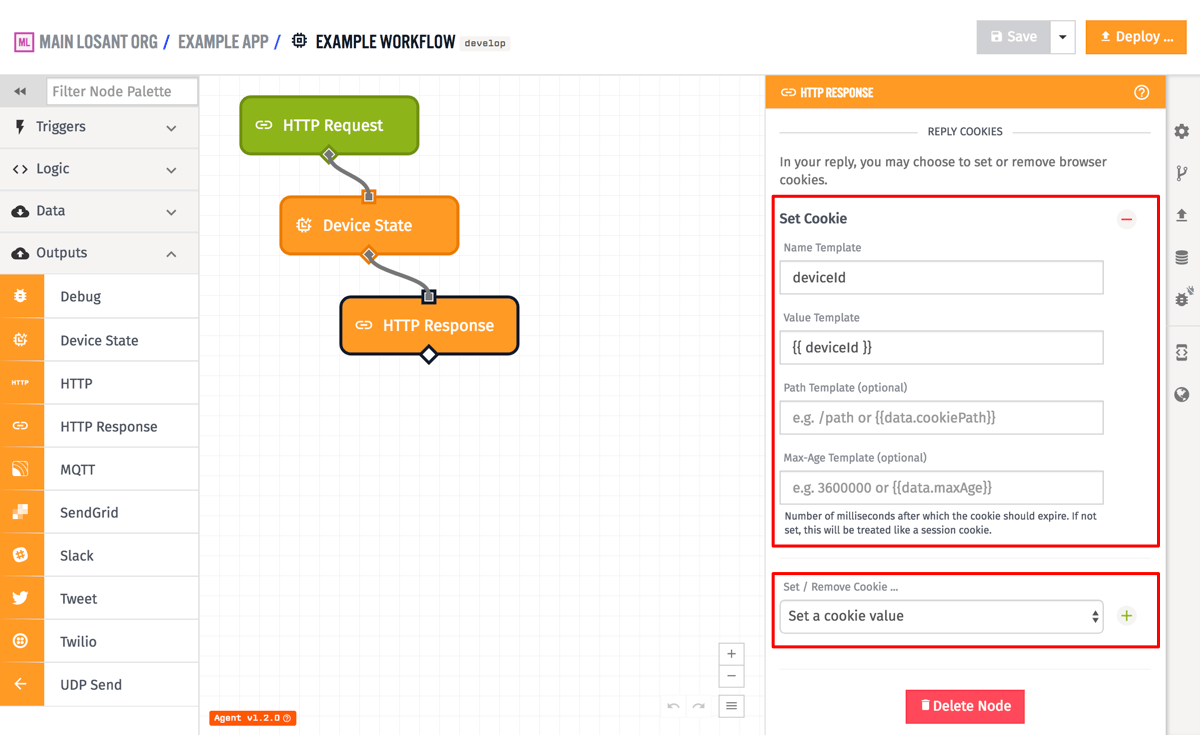 Cookies can either be removed or set on the reply. In the case of removal, all that is needed is the name of the cookie (which is templatable). When setting the cookie, both a cookie name and a value for the cookie are required, and optionally you can provide the amount of time until the cookie expires (in milliseconds). If you do not provide an amount of time, the cookie will be treated as a “session cookie”, which means it will last until the user’s browser is closed. As of Edge Agent version 1.2.0, you can also provide an optional path for the cookie. All four of these fields are templatable, so they can use values off of the current workflow payload.