The Device: Update Node allows a workflow to update an existing Device inside the current application, and optionally add the updated device to the current workflow payload. 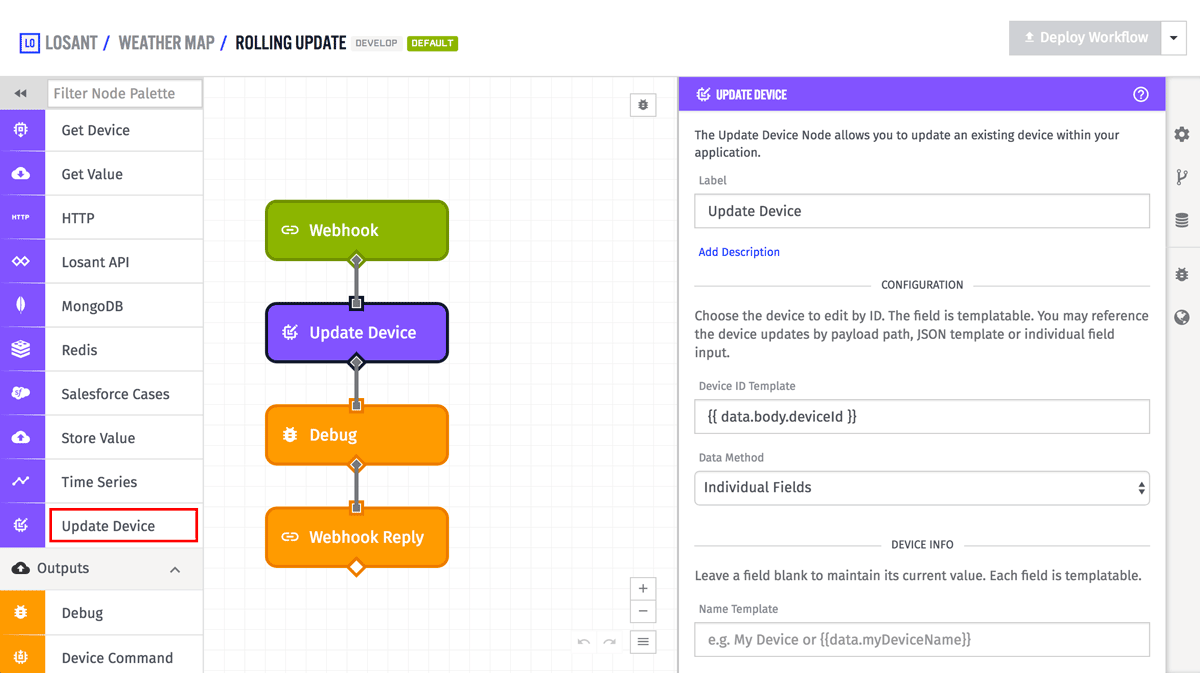 To find the device to update, the node requires the device ID. This field is templatable, and so supports finding a device based on the current workflow payload. The example below is doing exactly that, and is referencing the field data.body.deviceId on the workflow payload. 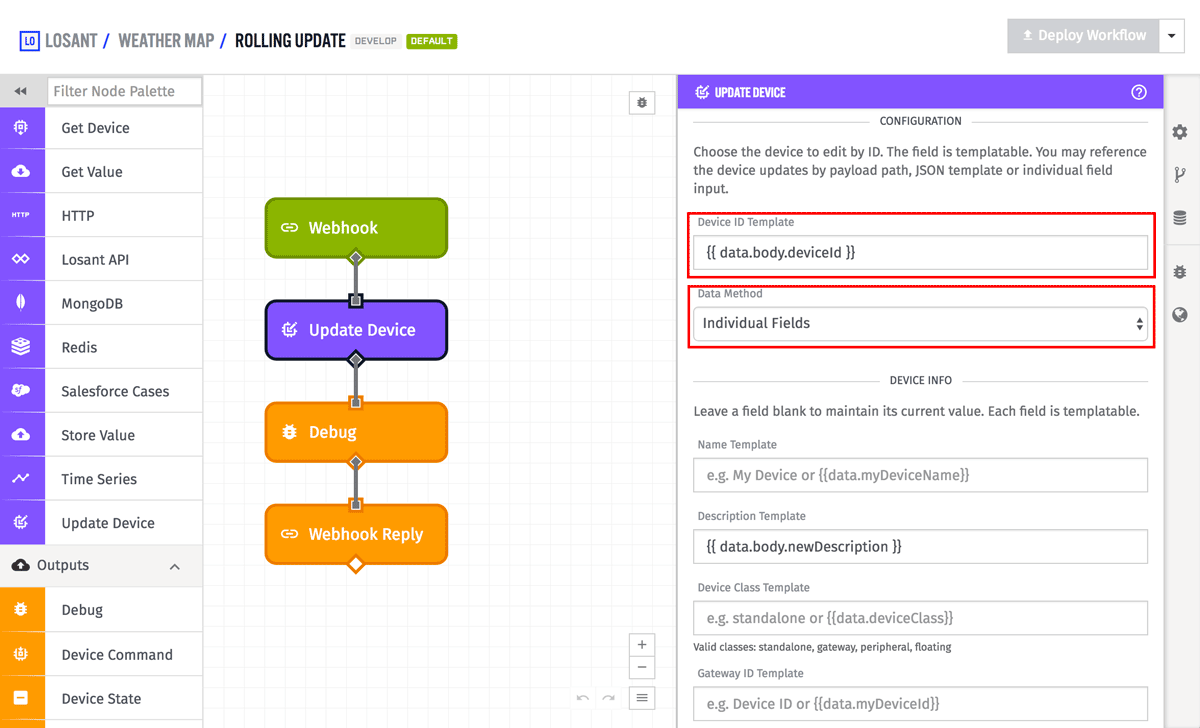 There are three different ways to configure input data for the Device: Update Node - “JSON Template”, “Payload Path”, and “Individual Fields”. The first two are more complicated to use, but are very powerful because they give you full control over the device being updated, while the third choice is the more common option for simple situations.

For “Individual Fields”, the most common method to use and the one shown in the example above, the device is broken into multiple fields that can be filled in using individual string templates. In this case, none of the fields are required - leaving a field blank will just not update that field on the device. In the example above, the node is just changing the description on the device and leaving the other fields alone. “Parent System ID” can be edited or optionally removed by selecting the checkbox. 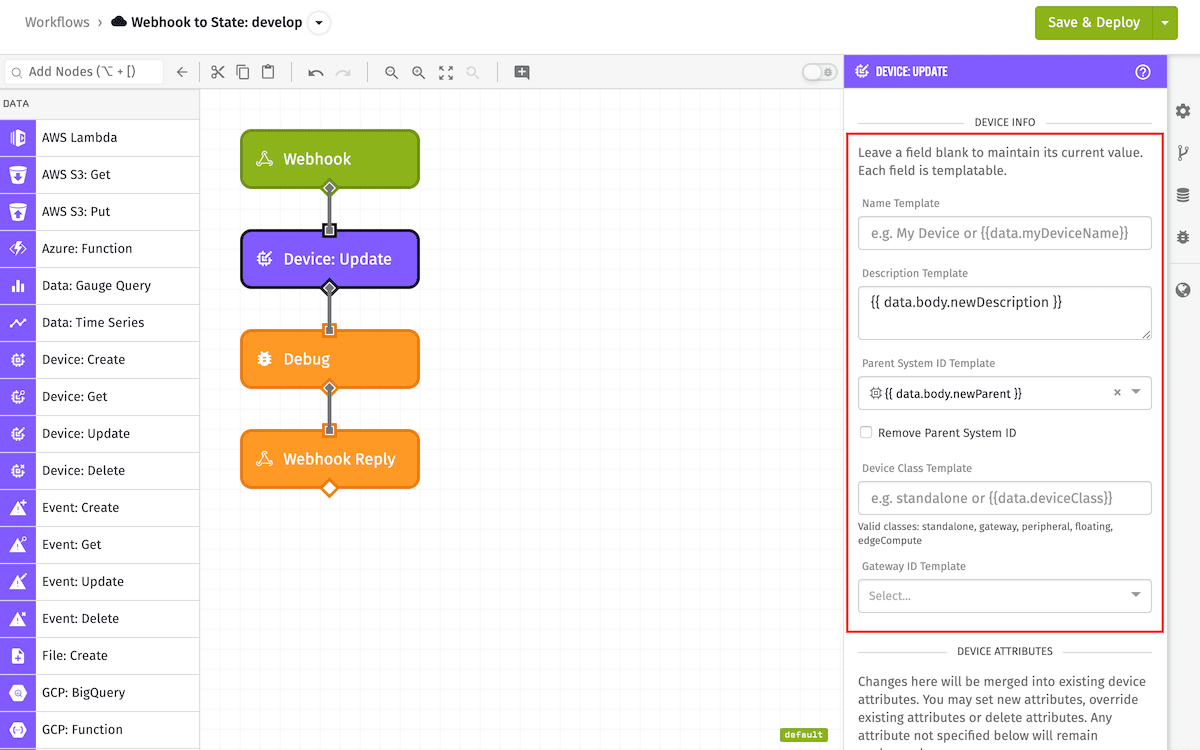 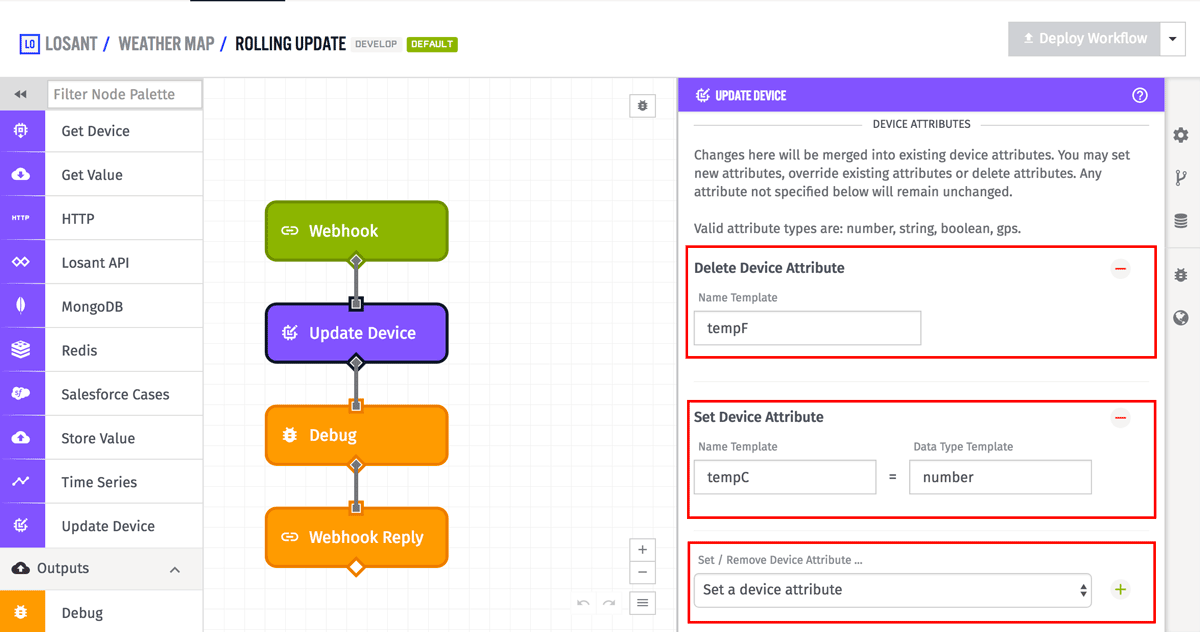 Finally, the “Individual Field” configuration also allows you to modify tags. You can add, change, and remove tags on the device while leaving other existing tags intact. For removing tags, the configuration just takes a templatable tag key, and all tags that match the given key are removed. In the example above, we are removing the tag reportsF from the device. If the tag key to remove is not found on the device being updated, the removal does nothing. For modifying or adding a tag, the configuration takes both the key and the value (which are both templatable). If tags already exist on the device with the given key, they are removed, and a the new tag is added. If more detailed control is needed for modifying tags, the “JSON Template” or “Payload Path” methods of entry should be used. 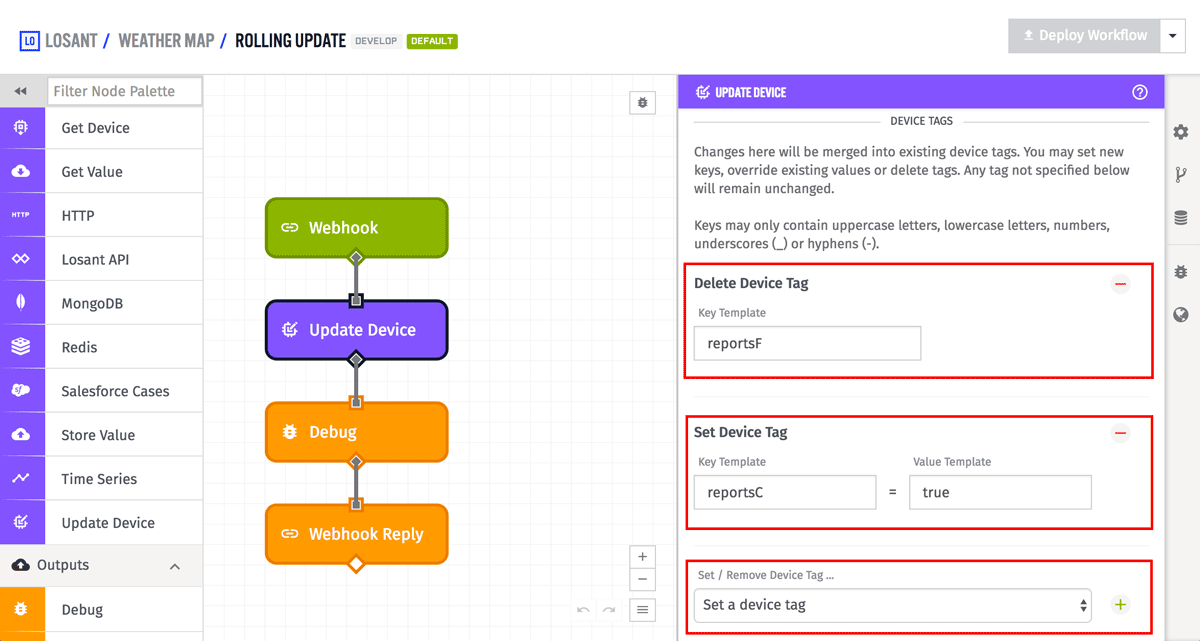 In addition, you have the option of changing the form of the attributes and/or tags on the device result. By default, attributes and tags are returned in the standard API format as an array of objects, but you can instead ask for them to be in the form of an object map. The Device: Get Node’s documentation describes each format in detail. 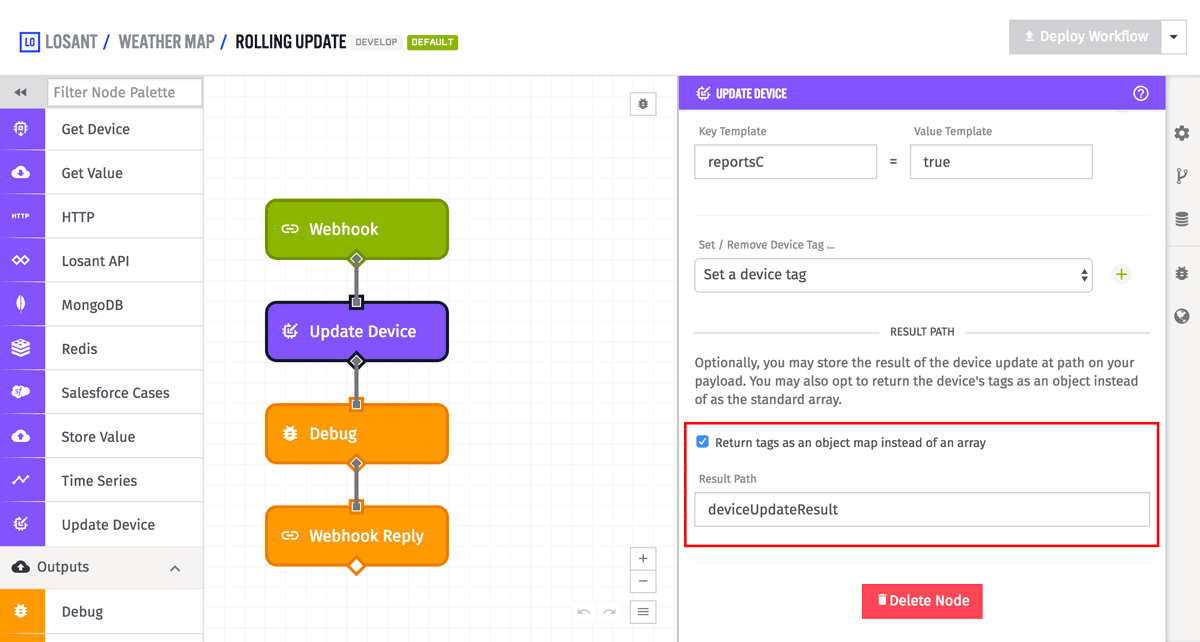 For instance, given the example node configuration in the screenshots above, this is a possible result for a successful device update:

And again, given the example above, this is a possible result for a failed update, in this case where the device was not found: