The BACnet: Who-Is Node allows you to broadcast a Who-Is message and await I-Am replies from BACnet-compatible devices on your network.

Note: If you wish to use the BACnet: Who-Is Node, the Gateway Edge Agent must be started in host network mode, as this is required for sending the initial broadcast message.

Configuration of the BACnet: Who-Is Node breaks down into three distinct sections.

There are a handful of optional properties you may configure for broadcasting, listening for replies, and holding open the request. All of the properties accept string templates or direct inputs. 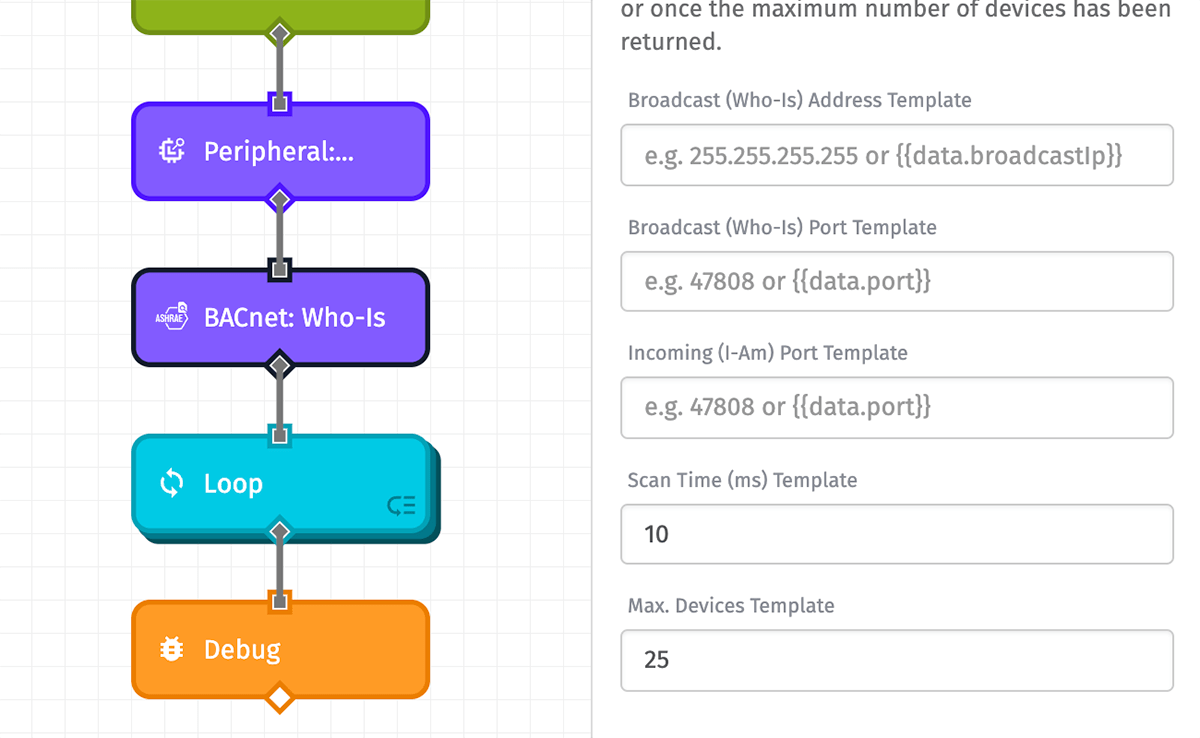 Optionally, you may set a minimum and/or maximum ID for the devices to return. Both must be integers greater than 0 (or templates resolving to such values). If both a minimum and a maximum are provided, the maximum must be greater than the minimum.

Finally, enter a payload path for where the result of the operation should be placed. The result will be an object with keys for each discovered BACnet instance ID. The value at each key is an object containing the device’s address, vendor ID, and other information.

In this example, we assume that the BACnet: Who-Is Node received two “I-Am” responses from devices with instance IDs of 6 and 7, resulting in an object placed at the defined Result Path of working.discoveredDevices …

Most errors originating from the BACnet: Who-Is Node have to do with validation of the configuration after evaluating templates against your payload. In such cases, the workflow will throw an error and execution will stop.

Aside from that, the most common case that will lead to an error object being placed on your payload (and the workflow continuing execution) is if the BACnet client cannot be instantiated, usually for network-related reasons: