The Registered Function Node allows for invoking a registered function defined on your Embedded Device from within an execution of an Embedded Workflow.

The configuration for the Registered Function Node is split into three sections.

The only required field within the node configuration is the Function Name – that is, the name of the function to invoke. This function must match the name as it is declared on your device.

Optionally, you may provide up to 10 input values to pass to the function. For each input, you must declare: 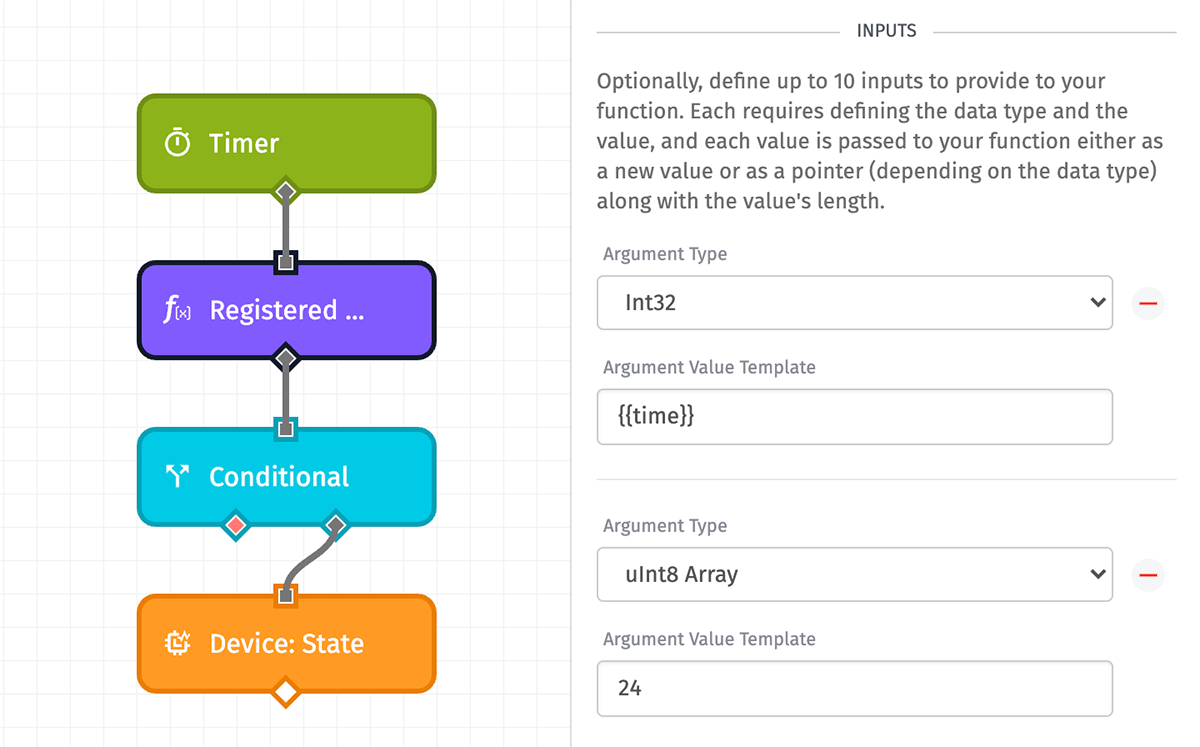 The resolved values of these inputs are then passed to your registered function in the order the arguments are defined within the node. 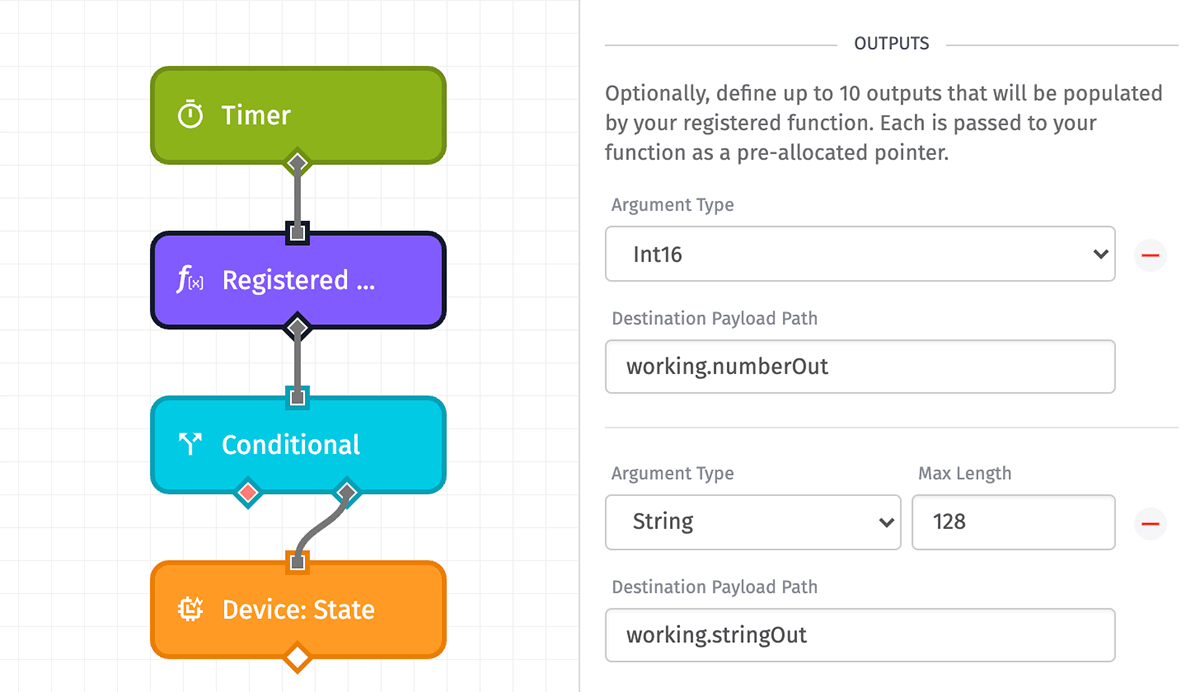 For JSON, string, and array output data types, each output will also include:

For JSON output types, the agent will attempt to parse the stringified JSON output into a full JSON object and will place the parsed object at the output’s payload path. If parsing the JSON fails, the node will throw an error and execution will cease.

Optionally, you may place the function’s Int32 return code at a path on your payload, which can be used to determine the success or failure of the execution.

Note: If you do not set a payload path for the return code, and the function’s return code is not 0, the workflow will throw an error and execution will stop.

Declaring the function on your device varies depending on the language used to compile the WASM bundle. However, the interface does provide an example signature based on the provided function name, inputs, and outputs. For more information, check out the Registered Function API.

In the above example, and in all the screenshots provided on this page, the Registered Function Node is configured with:

This results in a function signature of:

Breaking this down piece by piece …

The most common error arising from the Registered Function Node occurs when the function being invoked by the node is not declared as a WASM import. However, instead of causing the node to error, the entire WASM bundle that includes the workflow utilizing the node – along with any other Embedded Workflows deployed to the device – will fail to load.

Another common error is if a JSON-type output fails to parse the stringified object passed through the output’s pointer into a JSON object. In that case, the node will throw an error and execution will cease.