The Record Event Node has been deprecated and replaced by the Event: Create Node.

The Record Event Node allows a workflow to record an event for the current application. 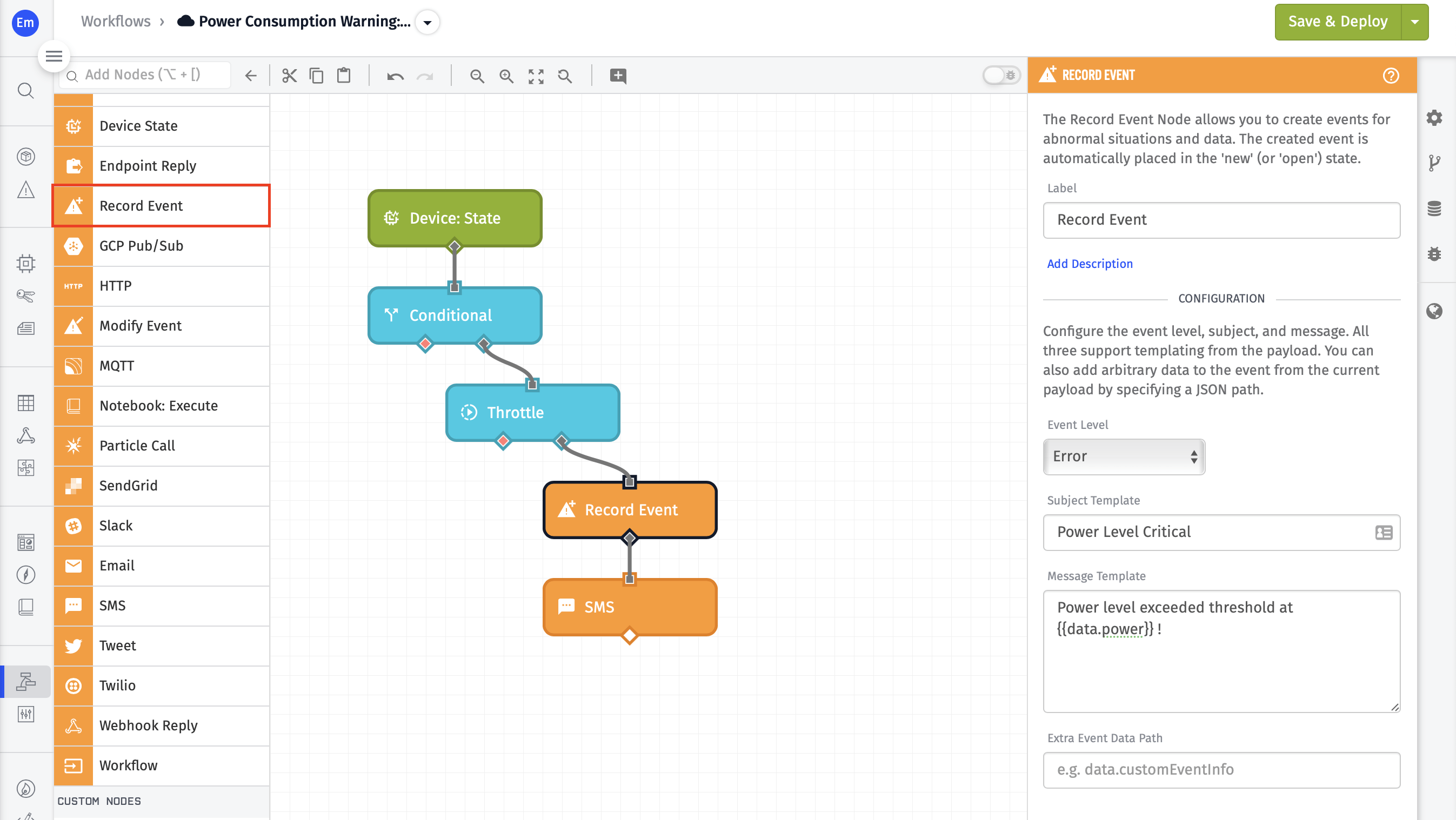 The level of the event can be one of “Info”, “Warning”, “Error”, “Critical”, or “Payload Template”. When “Payload Template” is selected, the level is determined by evaluating the given string template, allowing the level to be dynamically determined from the current workflow payload. When using a template, it must evaluate to one of info / warning / error / critical - if it does not, the event creation will fail.

The subject of the event, as well as the message, also support string templates. If the detailed message is not set, the event is created with an empty detailed message. In the above example, the Record Event Node will create an event with the level “Error”, the subject “Power Level Critical”, and the message “Power level exceeded error threshold at {{ data.power }}“. The message for an event will be treated as markdown when displayed on the details page of an event.

An event can also be optionally created with some structured data attached, by providing a payload path in the Extra Event Data Path field. If provided, this JSON path will be evaluated against the payload and the result will be attached to the event as a JSON object. 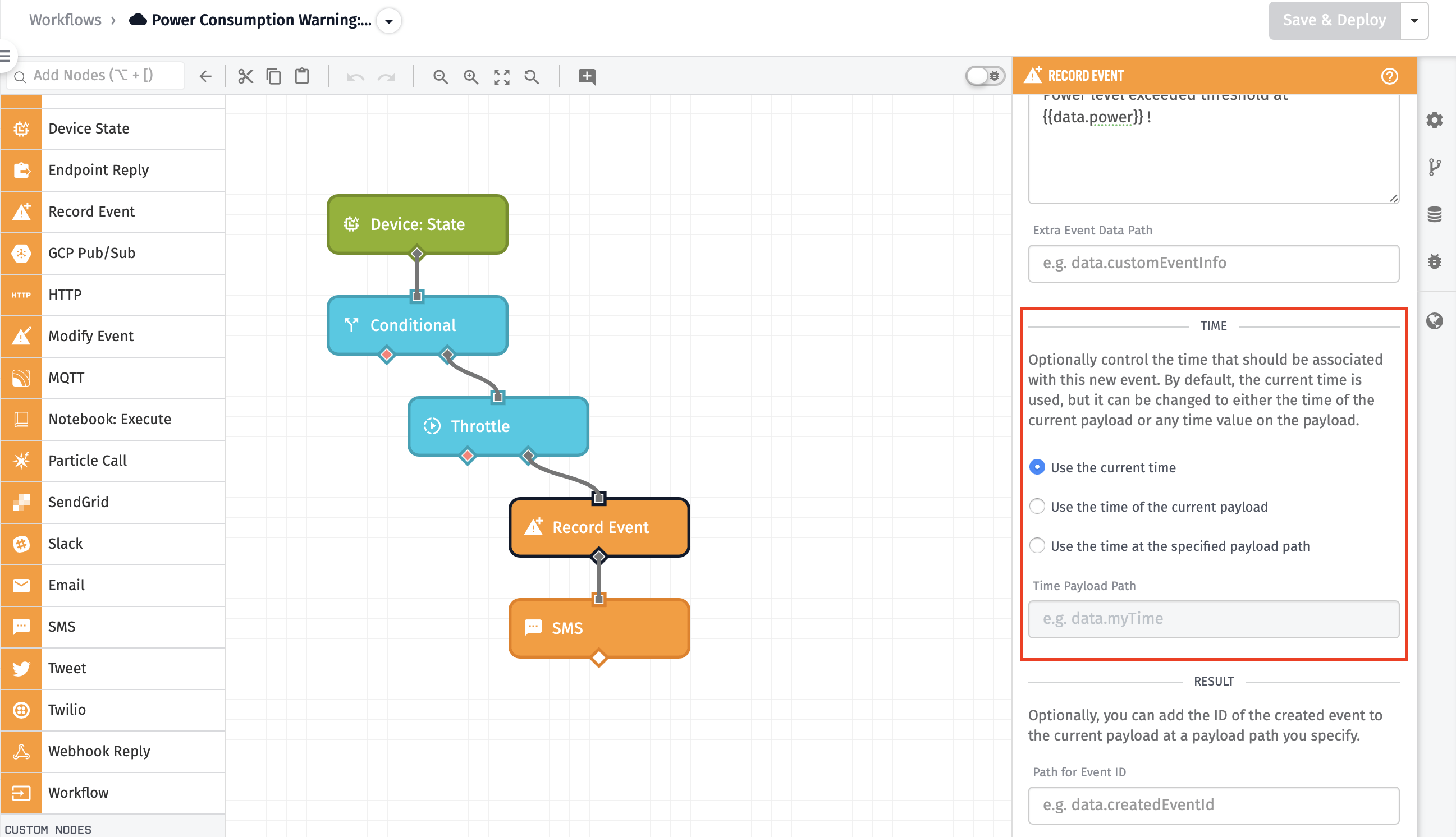 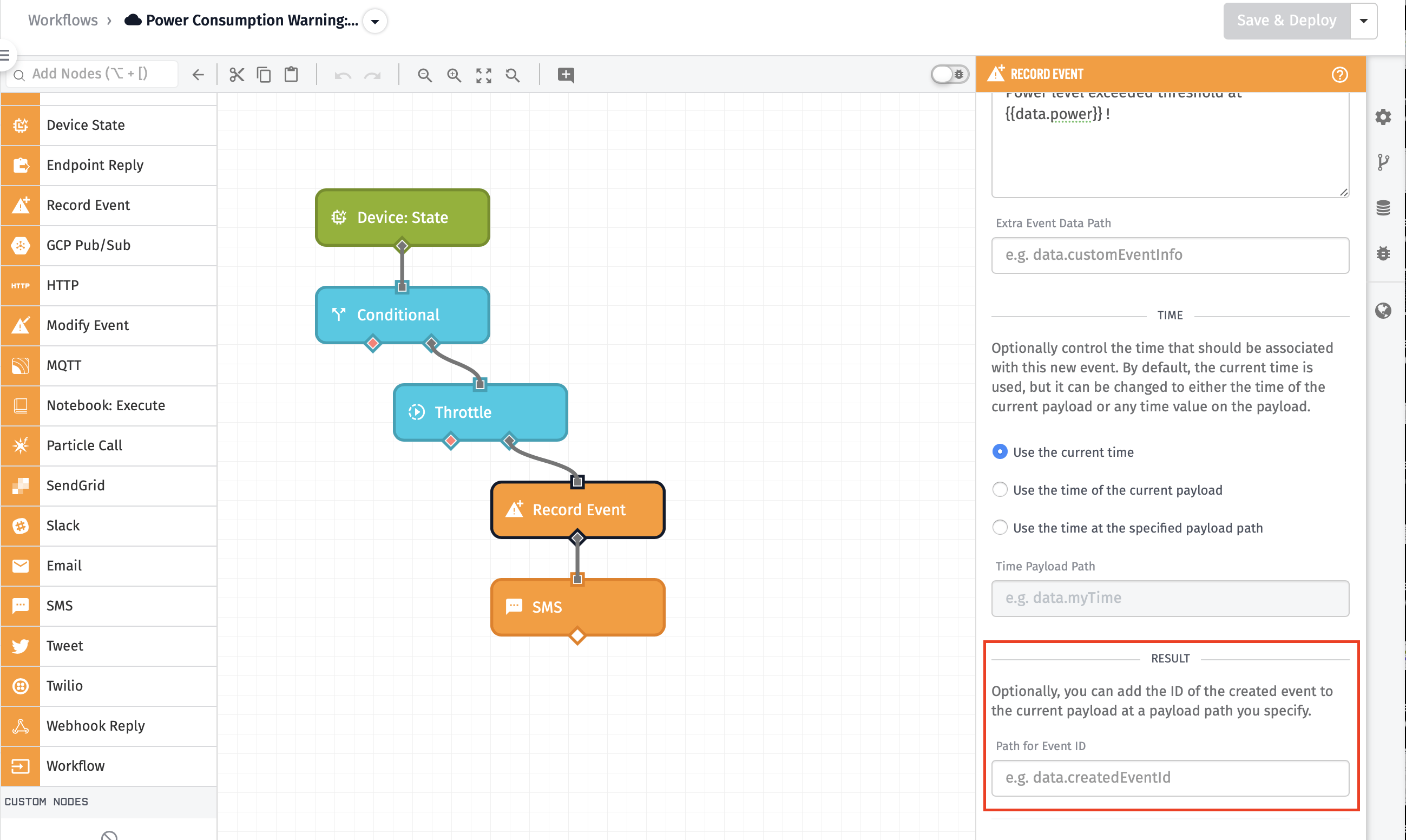 The Record Event Node can optionally place the ID of the created event onto the payload at an arbitrary payload path. In the above example, the event ID will be placed on the payload at the path data.newEventId. In the case of event creation being throttled, there will be no value placed at the path.

Event creation is limited to 15 creations in a 15-second window per application (or, on average, one per second). In general, however, it is recommended that event creation be throttled even further using a Throttle Node in case of a large burst of potential events, since there is almost never a need to create events that frequently.

Events created through a workflow will be marked with a sourceType of flow, and a sourceId of the ID of the current workflow. This can be seen when viewing the event details page, or in the data provided to a workflow using the event trigger.